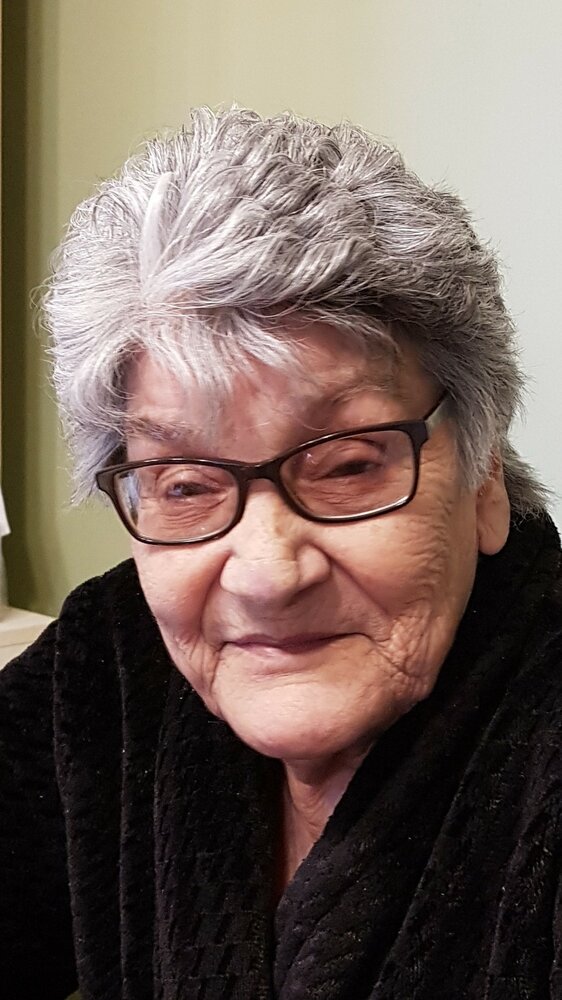 Please share a memory of Mary to include in a keepsake book for family and friends.
View Tribute Book
Denny, Mary Ellen, 81 of Pictou Landing First Nation, Fishers Grant passed away December 28, 2022 at the Aberdeen Hospital, New Glasgow. Born in Pictou Landing she was a daughter of the late Mary Jane Toney. Mary Ellen was a life long resident of Pictou Landing. She worked at Kmart when it first opened, she was a Teacher’s Aide at the Frank H. MacDonald Elementary School and as well, she was an Early Childhood Educator until her retirement at Pictou Landing. In 1986 she returned to school obtaining her Diploma in Child Development Services in 1988, as well as receiving the Carmen F. Moir Citizenship Award. Mary Ellen was involved in the Pictou Landing Native Women’s Group, as well, she did language work in the community. She enjoyed sewing, quilting, knitting, crocheting, camping and double -up. She volunteered cooking meals for funerals and Maligomish. Christmas was her favorite time of the year, decorating her home and having family over Christmas Eve opening gifts and dinner. She is survived by her children: Peter(Leslie), Pictou Landing; Jennifer(Ron)Knockwood, Enfield; Sheila(Barry)Francis, Pictou Landing; Colleen, Pictou Landing; Albert(Autta), Pictou Landing; Dominic(Michelle), Pictou Landing; granddaughter Jessica Denny who was raised by Mary Ellen when Jessica’s mother Paula passed away, chosen daughter Andrea Paul(Darcy McInnis), chosen sons, Warren Francis and Adam Paul, 29 grandchildren; 19 great-grandchildren; a brother Ralph(Lorraine)Francis, Pictou Landing; nieces and nephews. She was predeceased by her husband Albert Denny, a daughter Paula Lee, brothers; Joseph, James, Michael, Robert “Bobby”, Peter Gary and Ronald, sisters, Teresa, Roberta, Anna and Mary. Special thanks to Dr. Cathy Felderhof, Home Care Workers Jen, Melissa and Jane. Her remains will rest at 31 First Street, Fishers Grant after 4pm Thursday. Funeral Mass will be held 11am Saturday at Our Lady of Perpetual Help Roman Catholic Church, Fishers Grant with Father Tom Stephan presiding. Burial will take place in the parish cemetery. The family have requested no flowers. angusfuneralhomes.com
Thursday
5
January

Look inside to read what others have shared
Family and friends are coming together online to create a special keepsake. Every memory left on the online obituary will be automatically included in this book.
View Tribute Book
Share Your Memory of
Mary
Upload Your Memory View All Memories
Be the first to upload a memory!
Share A Memory
Send Flowers