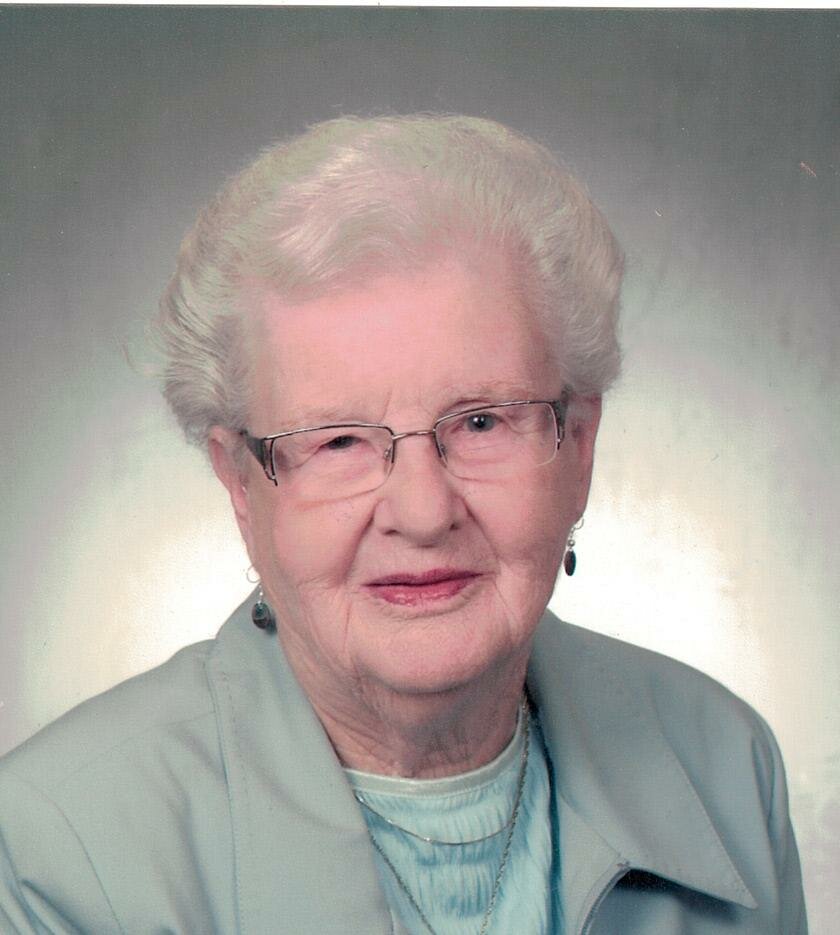 Obituary of Mildred May Whidden

Please share a memory of Mildred to include in a keepsake book for family and friends.
View Tribute Book
Whidden , Mildred May age 98 of New Glasgow passed away on January 2,2023 at Valley View Villa ,Riverton ,Pictou Co. Born in Medicine Hat ,Alberta, she was the daughter of the late Charles and Julia(Hattie) McCabe. At the age of eight she and her three sisters, Elsie, Laura and Shirley moved to Sunny Brae, Pictou Co., where after their mother’s death were raised by their Uncle Jim and Aunt Martha MacQuarrie. Mildred attended Normal College in Truro and earned her teacher’s permissive licence. This began years of study which culminated in a masters degree in education from St. Francis Xavier University in Antigonish. During her career she was a teacher, drama coach, guidance counsellor and vice-principal. She loved teaching, adventure and travelling so it was only natural she combined them taking her and her family to schools in Sunny Brae, Stillwater, Sherbrooke ,Greenwood ,Middleton, Calgary, New Glasgow and Labrador City. After she retired in 1988 she continued to take on new challenges, learning to paint and creating beautiful works that were gifted to family and friends. She also wrote books-sharing stories of her upbringing and her life as a wife, mother, sister and friend. She took great pleasure in helping immigrants settle in Canada and teaching them English. Mildred was predeceased by her husband Harold in 1998 and her great-granddaughter Faith Hartling in 2011, sisters Elsie, Shirley and Laura . Mildred will be remembered as a true and loyal friend to many across the country. Her door was always open and her phone constantly busy. Mildred was a loving mother and grandmother who inspired and cared deeply for her children and family. She will be sadly missed by son Jim (Anne), Kingston, Ontario, daughter Glenda Lamey (Leo) Westville; a daughter Susan Jordan (Lennie) Sherbrooke and son John (Mary) Halifax, grandchildren Sonya, Jeff, Jessica, Mary and ten great-grandchildren. A private family service will be held at the St. John United Church, Sherbrooke with Rev. Jim Webber-Cook presiding. There will be a celebration of Mildred’s life at a later date. Donations in Mildred’s memory may be made to the Harold and Mildred Whidden Scholarship Fund, St. Mary’s Academy, Sherbrooke, Guys. Co, N.S. or to a charity of one’s choice

Donations in memory of Mildred

Look inside to read what others have shared
Family and friends are coming together online to create a special keepsake. Every memory left on the online obituary will be automatically included in this book.
View Tribute Book
Share Your Memory of
Mildred
Upload Your Memory View All Memories
Be the first to upload a memory!
Share A Memory
Send Flowers