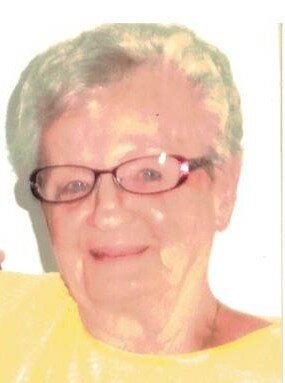 Please share a memory of Janette to include in a keepsake book for family and friends.
View Tribute Book
It is with great sadness that the family of Janette Isabel (Arbuckle) MacLeod of New Glasgow announce her passing on May 25th at the Aberdeen Hospital with her family by her side. Born on March 6th, 1937, she was the daughter of the late Samuel & Sarah (MacDonald) Arbuckle. Her early years were spent in Hamilton and London, ON, where she worked at Almer Foods & Bach Simpson’s. She returned to Nova Scotia and lived in Heatherton where she retired after twenty-three years working at St. Martha’s Regional Hospital. She moved to New Glasgow where she spent her final years going above and beyond caring for other people, always giving of herself and going without. She is survived by her sisters Laura Gill, Thorburn; Audrey MacGillivray, New Glasgow; brothers Samuel Arbuckle (Muriel), Thunder Bay, ON; James Arbuckle (Josephine), New Glasgow; ex-husband James MacLeod; sisters-in-law Kaye & Helen; brothers-in-law Colin, Joseph & Sandy; special niece Michelle Taylor; many nieces & nephews whom she was very fond of. Also surviving is her constant companion and best friend, her fur baby, Kenzie . In addition to her parents she was predeceased by sisters Elizabeth Vance, Dundas, ON; Catherine Higgins, London, ON; sisters-in-law Madeline, Edith, Isabel, Myrtle, Avion & Phyllis; brothers-in-law William, Hector, Ronald & Neil. Funeral arrangements are under the care of H.W. Angus Funeral Home, New Glasgow. Cremation has taken place. A private celebration of life will be held at a later date at St. Mary’s Cemetery, Lismore. Donations in Janette’s memory can be made to the Palliative Care Unit of the Aberdeen Hospital, or your local SPCA branch. On line condolences to the family may be sent by visiting: https:/angusfuneralhomes.com

Look inside to read what others have shared
Family and friends are coming together online to create a special keepsake. Every memory left on the online obituary will be automatically included in this book.
View Tribute Book
Share Your Memory of
Janette
Upload Your Memory View All Memories
Be the first to upload a memory!
Share A Memory
Send Flowers