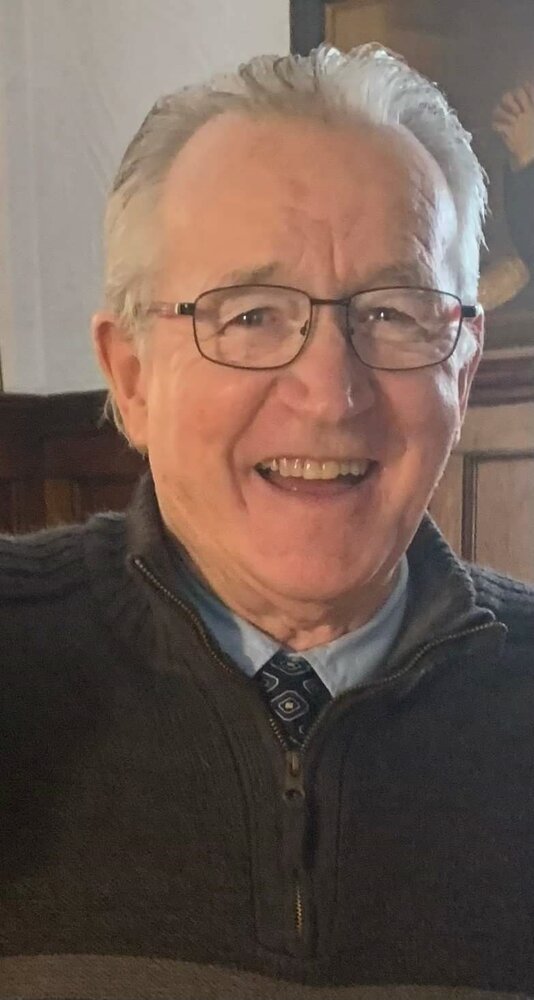 Please share a memory of William to include in a keepsake book for family and friends.
View Tribute Book
William James Herman entered into the presence of the Lord Jesus Christ on Wednesday, May 4th at the age of 74. Bill was predeceased by infant son, Jason Mark, and Bill’s parents Helen (MacNeil) and George Herman Bill is survived by his loving wife of 52 years, Nina (Holmes), cherished daughters Vanessa (Randy) MacLeod, Olivia (Darren) Stroud, and Alicia (Keith) Beaton, precious grandchildren Moriah, Eric, Lauren, Matthew, Charlotte, Kate, Sam and Finlay. Also surviving Bill are his beloved siblings Ann (Thomas) Fraser and Johnny (Donna) Herman as well as his many nieces and nephews whom he very much loved and for whom he faithfully prayed. Bill was predeceased by his infant son, Jason Mark, parents Helen (MacNeil) and George Herman, as well as siblings Heather (Evans) and David Herman and grandfather George Herman. Bill was blessed with much strength, courage and ability, which he would attribute entirely to his Lord and Savior, Jesus Christ. His working career included employment with Scotsburn Dairy, Westray Coal Mine and many years self-employed as a WETT certified chimney sweep, which Bill especially enjoyed as it enabled him to meet and know so many throughout our community. Bill was a devoted Christian, husband, father and Papa. He especially enjoyed good conversation, Christian fellowship and absolutely loved his family time each Sunday afternoon enjoying Nina’s roast beef dinner together with children and grandchildren. Whether in conversation with family or a new acquaintance, Bill loved to share his unshakable faith in Christ. As we write this memoriam, we think on a favorite Bible verse of Bill’s taken from II Corrinthians 5:8, which reads, “We are confident, I say, and willing rather to be absent from the body, and to be present with the Lord.” The family is very grateful for the professional care and kindness Bill received from Dr. Jazwari, Dr. Alhazmi, Dr. Van Graan, Dr. Fahim, Dr. Roy, the Infirmary CCU team and Dr. Sarah Ramer, the nurses and staff of 4 South and ICU at the Aberdeen Hospital. Bill was very grateful for you compassion and dedication shown to him. His remains will rest in the H.C. MacQuarrie Funeral Home Chapel, Stellarton from 2-4 and 7-9pm Sunday. Funeral services will be held 11am Monday from the Bethel Baptist Church, Westville with Pastor Ryan King presiding. Burial will follow in the Brookside Cemetery, New Glasgow. Donations may be made to Heart & Stroke Foundation or the Aberdeen Health Foundation.
Sunday
8
May