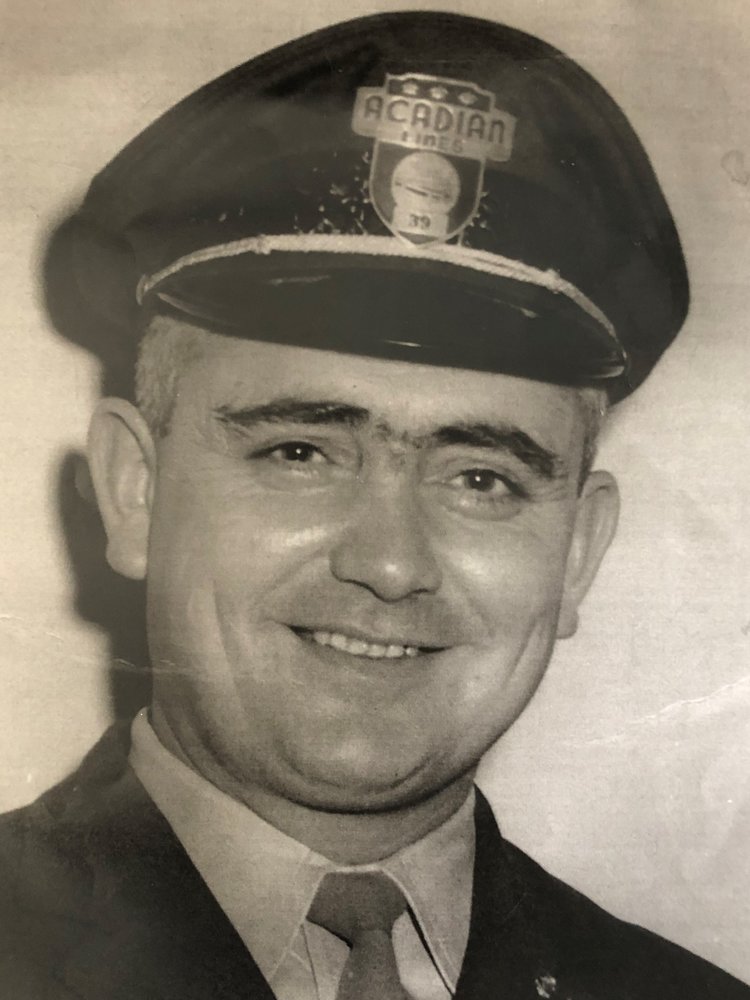 Please share a memory of James to include in a keepsake book for family and friends.
View Tribute Book
It is with heavy hearts and fond memories we announce, the death of James Francis Ian Fraser on May 25th, 2021, as a result of complications from a recent fall. Jim, also known as James, or Jimmy was the third son of John Dougal, and Margaret Ferguson (Johnston) Fraser of Broadway, Pictou County. Born on November 24, 1926 Jim called the family homestead at Broadway his home. In 2015 he moved to High Crest place, Provost Street, New Glasgow. James was a member of the Barneys River Presbyterian church. Jim was employed with Acadian Lines Bus Service for 15 years. Upon leaving the bus lines, he was awarded a gold watch in recognition of his 15 years of service, and accident free driving. In 1966 he commenced working with the Nova Scotia Board of Commission of Public Utilities as an inspector of the Salvage Yards Licencing Act, retiring in 1988. While working with Acadian Lines, and the Public Utilities board, Jim travelled throughout the province. With his handsome good looks, charming personality, he made lasting friends and acquaintances from Amherst to Halifax to Sydney, and everywhere in between. Jim enjoyed life, always with a smile on his face, and always on time. He was a generous, kind man who helped many who were less fortunate, never looking or expecting recognition for his good deeds. After being diagnosed with diabetes, he regimentally started his own exercise program. He joined the YMCA, normally arriving before the doors would open at 6AM. Walking became part of his daily routine. After moving to High Crest he covered Provost & Archimedes streets numerous times a day, stopping at his favorite shops to catch up on the news, & have a little chuckle. This continued until March 2020, when the Covid virus regulations kept him from the outside world that he looked so forward to. Many may recall his popular annual corn boils. He would charter one of the Acadian Line buses and bring the entire Westville Balmoral Pipe Band to Broadway, to entertain family, friends & neighbours of all ages. Christmas was special. We could always count on Santa to arrive, in his “made to order” Santa suit, and share his generosity throughout the neighbourhood. Santa always took along a capable elf that could drive, as Santa may have become jollier as the evening went on! In his early years Jim loved to spend time at Upper Barneys River (the Marsh) at his grandparents’ home, with Uncle Jack, Helen & his Johnston cousins. Jim was predeceased by his parents: two Brothers J. Edward, and Robert Ferguson killed in Italy, WW11; a sister Evelyn J. Cameron; brother-in-law Ian Cameron; sister-in-law Margaret Fraser, niece Margaret Cameron, and special aunt, Christie A Johnston. He leaves to mourn nephews Wayne Fraser and Alexander Cameron; niece Janice Fraser Wynn; numerous cousins, friends & neighbours. A private grave side service will be held at Kenzieville Cemetery, with plans for a celebration of life at a later date. Donations in Jim’s memory may be made to the Kenzieville Cemetery fund or a charity of one’s choice.

Look inside to read what others have shared
Family and friends are coming together online to create a special keepsake. Every memory left on the online obituary will be automatically included in this book.
View Tribute Book
Share Your Memory of
James
Upload Your Memory View All Memories
Be the first to upload a memory!
Share A Memory
Send Flowers