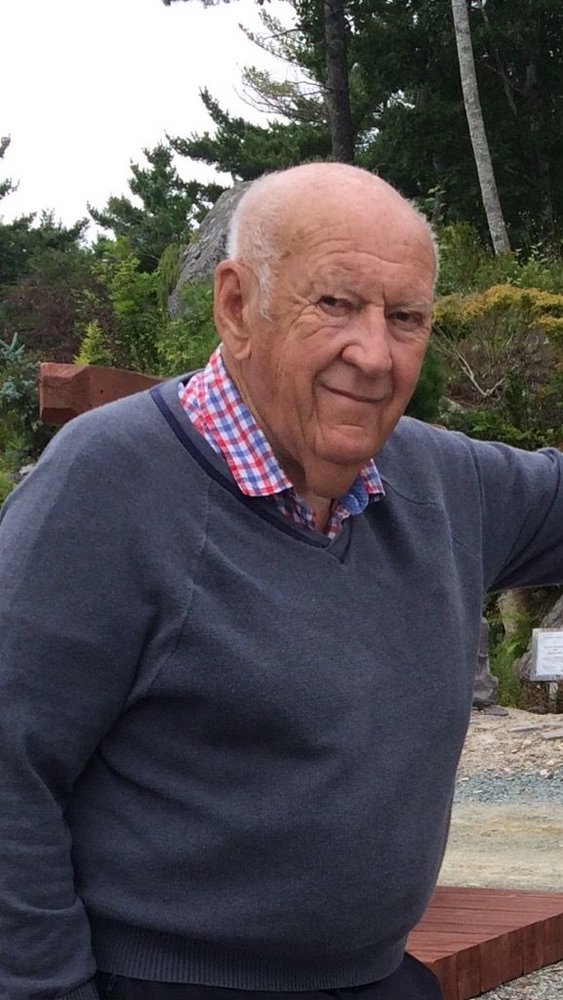 Please share a memory of Joseph to include in a keepsake book for family and friends.
View Tribute Book
William Joseph “Joe” Gennoe – age 79, of Stellarton, passed away on February 1, 2021 in the QE II Infirmary Site Halifax, NS. Born in New Glasgow he was a son of the late William James and Christina Dunn (Dunbar) Gennoe. Joe owned and operated Gennoe’s Bakery which was started by his grandfather in 1921. He was born into the bakery life which he grew into Atlantic Canada’s largest bakery supplier. Joe was an avid boater and loved time spent on the Loafer with family and friends. He had an adventurous spirit whether it be riding his motorcycle, flying his small airplane, pulling the camper or driving one of the big trucks. He always loved telling the story of the emergency landing in the St. Lawrence River he made with Jo-ann. When Joe was younger, he worked at DND in Halifax doing clerical work later becoming a scuba diver that would help with recoveries. Joe loved his hometown of Stellarton and had the privilege of serving as the mayor of Stellarton for 10 years. He was an active member of the Keith Masonic Lodge No. 23, Stellarton and was a member of the Pictou County Shriners. In 2012 Joe was awarded the Diamond Jubilee medal. Joe was known for taking strangers he turned into friends’ home for a meal or a warm bed. As children we often woke up to someone at the table in need of a hot breakfast. Joe is survived by his wife Phyllis (Henderson); children Jo-ann (Brent) Chisholm, Marie Gennoe, Belinda (Doug) Graham, and Jim (Tonya) Gennoe; grandchildren Kory, Tia, Rylie, Chris, Kyle, Kayla, Tanya, Kolby and Ava and his “favorite” sister Millie (Ann Amelia Gennoe) A celebration of Life will be held will be held on September 25 from 2-4 pm in the Stellarton Fire Hall. Burial will take place in the Christ Anglican Cemetery Stellarton at a later date. Donations in memory of Joe may be made to the Crohn’s Society or a charity of your choice. www.angusfuneralhomes.com
Saturday
25
September

Donations in Joe's name may be made to the Crohn's Society www.crohnsandcolitis.ca or a charity of you choice.
Online Memory & Photo Sharing Event
Online Event
About this Event

Look inside to read what others have shared
Family and friends are coming together online to create a special keepsake. Every memory left on the online obituary will be automatically included in this book.
View Tribute Book
Share Your Memory of
Joseph
Upload Your Memory View All Memories
Be the first to upload a memory!
Share A Memory
Send Flowers