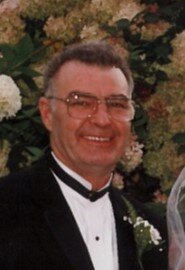 Please share a memory of Wintford to include in a keepsake book for family and friends.
View Tribute Book
Mitchell, Wintford Ralph “Win” Wintford Ralph “Win” Mitchell, 73, of New Glasgow, NS stepped into God’s waiting arms Jan. 8, 2023 after a brief illness and many decades of chronic pain. Born Oct. 4, 1949 in Moncton, NB, he was the middle child of the late Ernest and Eleanor (Thurber) Mitchell. Win had a sharp mind and an aptitude for all things mechanical. At the age of 17 he moved to Ontario to work in a book publishing warehouse and a factory that manufactured conveyor belts. More than 50 years later, he could still remember and explain the mechanical operations of that factory. Win returned to the Maritimes and trained as a highly skilled propane technician, becoming a branch manager for Burma Propane at the young age of 23. He was highly sought after to service and repair fridges, stoves, and furnaces in motorhomes. In additional to Burma, his work career included Speedy Propane, Canadian National Railway, and Nova Scotia Power. He was forced to retire young when he developed chronic back pain likely related to being run over by a truck when he was a toddler. Win was working in New Glasgow, NS when he met and fell in love with Donna Bonvie. Together they raised two children and many pets, first in Scoudouc, NB and later in Sylvester, NS. In Sylvester he built the garage of his dreams to house his many tools and projects, and a beautiful barn to house the family’s menagerie of animals. His saucy sense of humour and lack of filter sometimes got him into trouble but also provided lots of laughs. He would answer the phone with, “Hey, good looking” or break into a chorus of “Mahna mahna” from the Muppet Show. Win enjoyed simple pleasures like fishing, camping, playing horseshoes, and riding his Honda motorcycle. He was uncomfortable with large crowds, often preferring to sit back and observe others. Win was a good, kind person who dealt with many difficult things during his life. He struggled for many years with alcoholism and mental health problems. He lived with survivor’s guilt from a car accident in his 20s that claimed the lives of two companions. These demons at times interfered with his relationships with loved ones. Providing for his family was important to him. He was proud of his family’s accomplishments, and he loved them deeply even though he didn’t always know how to express it. Although Win and Donna eventually separated, they remained friends. He treasured attending the 1993 Canadian Boy Scout Jamboree in Alberta with his son, Vaughn; walking his daughter, Lana, down the aisle for her wedding; and every moment spent with his grandson, Jonah. Win is survived by his wife, Donna Mitchell, Riverton; daughter, Lana MacEachern (Brent), Caribou River; son, Vaughn Mitchell, New Glasgow; grandson, Jonah MacEachern, Halifax; sister, Marlene Fitzsimmons (Ernie), Fredericton; brothers, David Mitchell, Moncton; Lee Mitchell, Fredericton; many cousins, in-laws, nieces and nephews. In addition to his parents, he was predeceased by his brother, William Mitchell; parents-in-law, Dorothy and Bernie Bonvie; sister-in-law, Nora Despres; brother-in-law, Ivan Cock; nieces, Krista and Kim Fitzsimmons; special cousin, Cecil Mitchell. Win has donated his remains to the Dalhousie University Faculty of Medicine Human Body Donation Program to help educate future health care providers. Interment of his cremains will take place at a later date under the direction of H.W. Angus Funeral Home. Donations in his memory can be made to the Royal Canadian Legion or a charity of your choice. Win’s family would like to thank the VON for assisting with his needs in recent years; the Aberdeen Hospital palliative care team; EHS paramedics; the pharmacy team at Atlantic Superstore, New Glasgow; Dr. Jeff Scott, inspector of anatomy, Dalhousie University; and special friend Billy MacLean for the care and attention he gave Win. Rest well, Dad and Papa, and know that we love you.

Donations in memory of Wintford can be made to the Royal Canadian Legion or a charity of ones choice.
Online Memory & Photo Sharing Event
Online Event
About this Event

Look inside to read what others have shared
Family and friends are coming together online to create a special keepsake. Every memory left on the online obituary will be automatically included in this book.
View Tribute Book
Share Your Memory of
Wintford
Upload Your Memory View All Memories
Be the first to upload a memory!
Share A Memory
Send Flowers