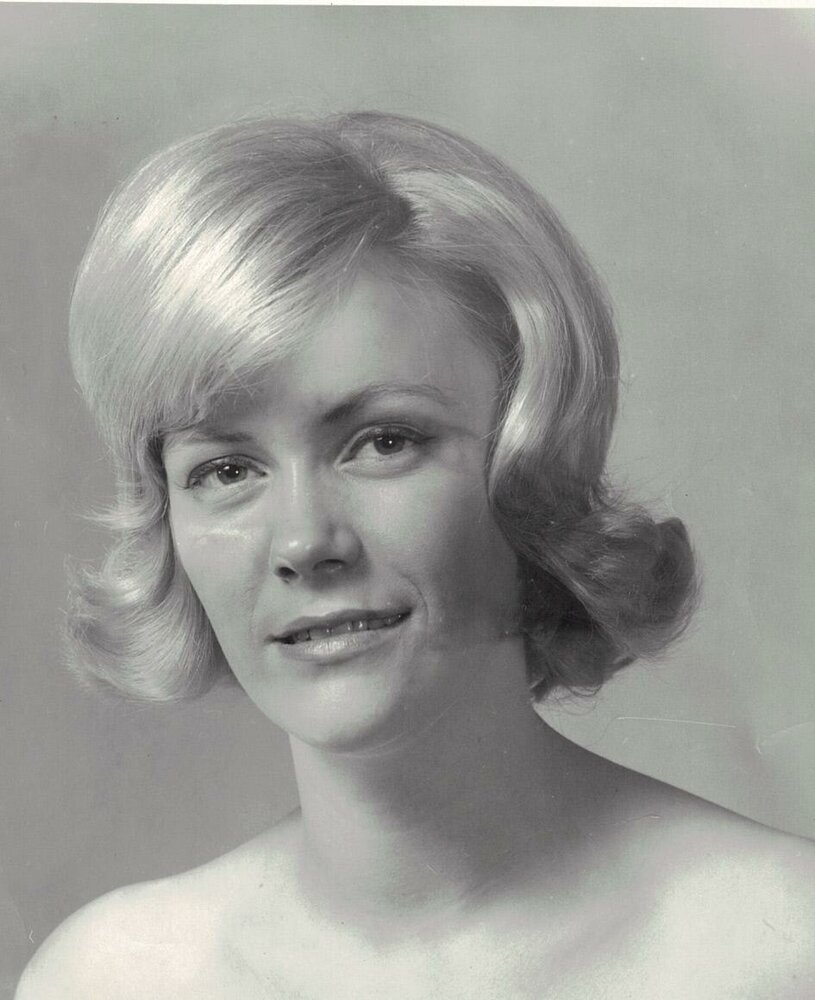 Please share a memory of Sandra to include in a keepsake book for family and friends.
View Tribute Book
Hurford, Sandra Diane (MacDonald), 79 passed away January 1, 2023 at the Aberdeen Hospital, New Glasgow. Born in Sydney she was a daughter of the late Robert “Bob” and Mildred “Millie” (King) MacDonald. At an early age, Sandy knew her passion was singing. At the age of 15, Sandy placed 2nd in a National Competition, having been scouted by the Lawrence Welk Show at that same time, but her father felt she was too young. Completing school at Riverview High School in Coxheath, Sandy and her lifelong friend Sandy (Moore)MacPhail moved to Halifax. Sandy worked at the bank through the day and sang in the night clubs in the evening. This is where she met her husband, a young sub lieutenant in the Navy, George “Mike” Hurford. Sandy’s singing career landed her at the CBC and was a cast member in the early 1970’s on “Sing-along Jubilee”. Many compared her singing voice to the late Karen Carpenter. After this the young couple travelled abroad. Mike’s naval postings took them to England, Toronto, Ottawa, Norfolk, Virginia and Montreal. Along the way Sandy met many people who became lifetime friends. Sandy retired from the Bank of Montreal in the early 1990’s as a Commercial Account Manager. The couple retired and moved to the East River Valley (Glencoe), where Sandy was an active member in the community, having sang in the choir at Springville Presbyterian Church as well as a member and later president of the Ladies Auxiliary to the East River Valley Fire Department. She was also a member of the Red Hat Society, as well as an avid dart player in the East River Valley. Sandy was outgoing and loved by her family and friends. Her family and friends were blessed. She will be deeply missed. She is survived by her loving sons, Kirk (Kim) and Craig, sisters, Rhonda, Judy and Janice. She was predeceased by her husband George Oscar “Mike” Hurford and her brother Richard “Ricky”. Cremation has taken place. A Celebration of Life will be held from 7-9pm Saturday January 7, 2023 at the H.W. Angus Funeral Home, New Glasgow. angusfuneralhomes.com
Saturday
7
January

Look inside to read what others have shared
Family and friends are coming together online to create a special keepsake. Every memory left on the online obituary will be automatically included in this book.
View Tribute Book
Share Your Memory of
Sandra
Upload Your Memory View All Memories
Be the first to upload a memory!
Share A Memory
Send Flowers