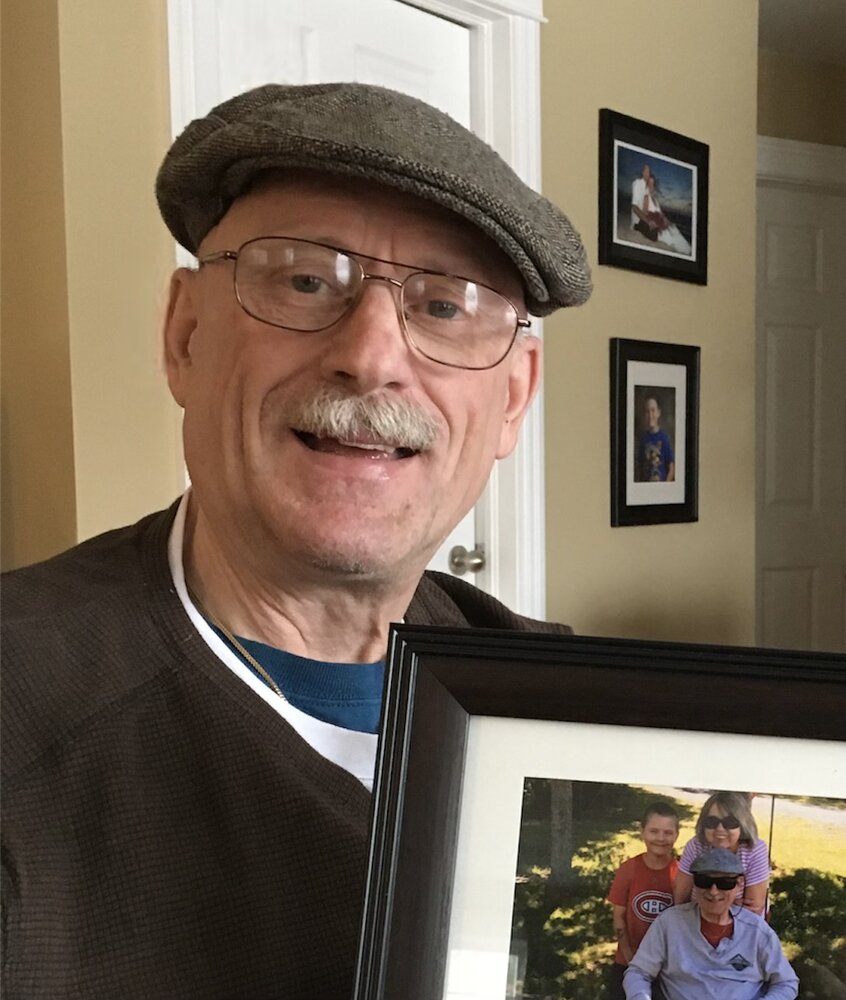 Please share a memory of Howard to include in a keepsake book for family and friends.
View Tribute Book
It is with heavy hearts that we announce the passing of Howard Jack “Jake” Williamson on November 20th at the Maritime Oddfellows Home in Pictou with Linda by his side. Jake leaves behind his best friend and life partner of 25 years, Linda Michaud; step-daughter Sylvie Michaud (Scott MacDonald), grandson Thai MacDonald; brother Marvin (Ardith); sisters Linda (Jim), Alice, Kathy (George), Caroline (Adrien), Sharon, Helen (Stan), Irene; sister-in-laws Charlie, Donna (Bob), Doreen (Pierre); brother-in-law Dennis (Laurette); lifelong friends Ray and Maureen. Besides his parents, Jake was predeceased by brothers Perry, David, and Patrick. Born on April 18th, 1953 in Hazelton, BC, Jake was the son of the late Irma and Perry Williamson. Jake will always be remembered for his kind heart, great sense of humor, and his quick wit. Jake spent a brief amount of time in the Canadian Armed Forces before working as an electrician, a career from which he retired due to illness. Jake was an animal lover. He especially loved bird watching and horses. He had a horse of his own in his younger years and more recently was a devoted fan of the TV series Heartland which he watched repeatedly and faithfully. Jake loved music and was an accomplished dancer. He also loved adventure and being outdoors. He did many trips throughout BC, hiking, camping, and riding his motorbike. Jake even trained his beloved shih-tzu “Bug” to ride with him. After moving to NS, despite his limited mobility, Jake travelled seeing sites in NS from one end to the other. Jake was an avid movie lover and enjoyed spending time with family. We would like to give a heartfelt thanks to Rhonda, Alison, and all the staff at Odd Fellows for their compassion, care, and support. Donations in Jake’s honor can be made to the Maritime Odd Fellows Home in Pictou. As per Jake’s wishes, cremation will take place. There will be a celebration of life held at Odd Fellows on Friday, Dec 2nd from 12:30-1:30. (Masks are required).
Friday
2
December

Masks are required to attend the celebration of life.

Donations in Jakes name may be made to the Maritime Odd Fellows Home.
Online Memory & Photo Sharing Event
Online Event
About this Event

Look inside to read what others have shared
Family and friends are coming together online to create a special keepsake. Every memory left on the online obituary will be automatically included in this book.
View Tribute Book
Share Your Memory of
Howard
Upload Your Memory View All Memories
Be the first to upload a memory!
Share A Memory
Send Flowers