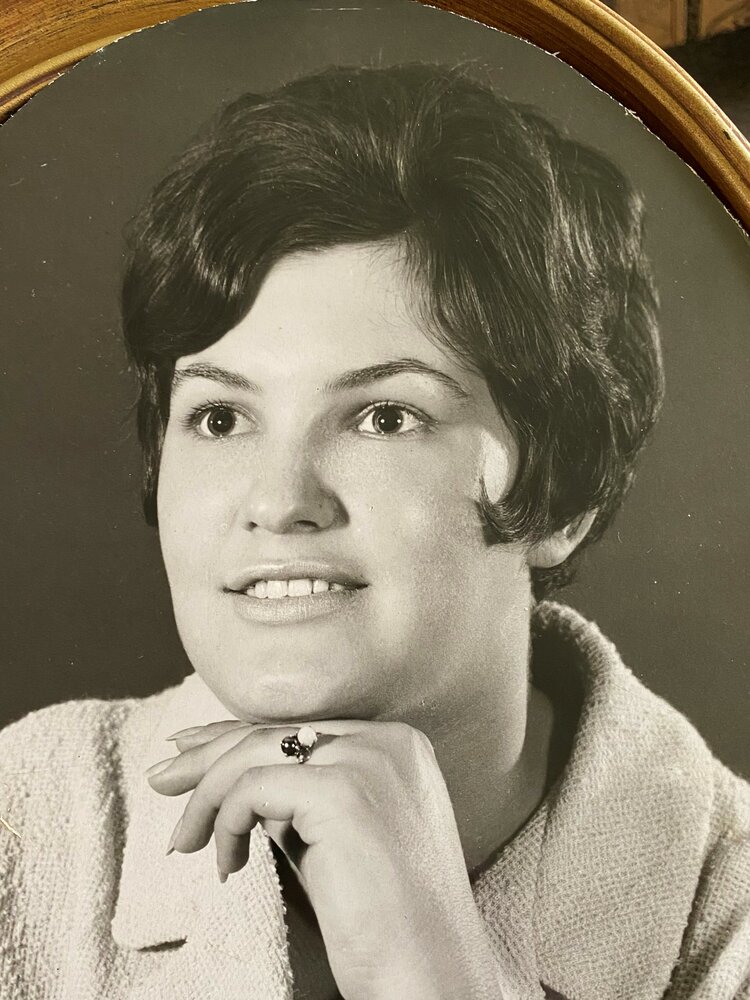 Please share a memory of Sharon to include in a keepsake book for family and friends.
View Tribute Book
Cunningham, Sharon Lee passed away November 6, 2022 at the Aberdeen Hospital, New Glasgow. Sharon Lee Hoegg was born on February 13th, 1948 to the late John and Lillian (Pelerine) Hoegg. She grew up a coal miner’s daughter on the Red Row in Stellarton. With her gemstone eyes, perfect white teeth and shining halo of dark brown curls, she was a well known beauty of the county. When Neil Cunningham laid eyes on her at her sweet 16th birthday party, he told her she was the spitting image of Sophia Loren. He chose this picture for her obituary. Sharon was very proud of earning her real estate licence and worked as a realtor for Wadden’s Real Estate in Westville. Her longest vocational stint was working with her husband at Cunningham’s grocery store in Alma. In her retirement years, she found great joy at Lolly’s as she had a knack for retail and a love of people. If you met Sharon you knew her as an extremely outgoing woman with a huge smile who made a lasting impression! She would put her hands on your shoulders, look you deep in the eyes and figure out what family member of yours she knew in under two minutes. Local genealogy was one of her super powers. Sharon loved her cards, especially Texas Hold’em. She and Neil played cards every day and were very competitive with one another. Lots of colourful words were exchanged at the kitchen table over thousands of games of bullsh*t rummy and cribbage. Left to remember Sharon is her husband of 55 years, Neil Cunningham, her three daughters: Starr (Nick), Stacey (Mark), Shannon (Harrison) and her two grandchildren: Nick and Lily of whom she was so proud. She will also be missed by her siblings Jacqualine (Larry), Martha (Donald), Heidi and sister-in-law Bonnie. Sharon was predeceased by her older brother Ricky and her brother-in-law Mike. Cremation has taken place. As per Sharon’s request, there will be no visitation. A memorial service will be held 2pm Thursday from the H. W. Angus Funeral Home Chapel, New Glasgow with Rev. Darlene Jewers presiding. Private burial will take place at a later date. If so desired, donations may be made to the Mental Health Foundation of Nova Scotia c/o mentalhealthns.ca angusfuneralhomes.com
Thursday
10
November

Look inside to read what others have shared
Family and friends are coming together online to create a special keepsake. Every memory left on the online obituary will be automatically included in this book.
View Tribute Book
Share Your Memory of
Sharon
Upload Your Memory View All Memories
Be the first to upload a memory!
Share A Memory
Send Flowers