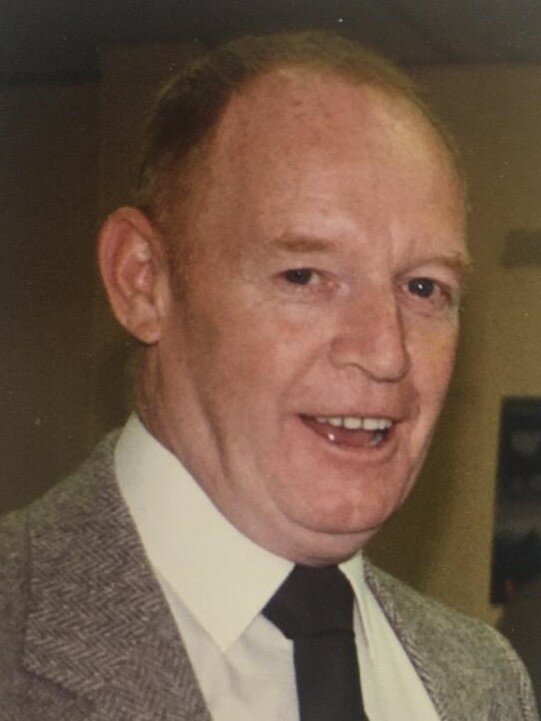 Please share a memory of Denis to include in a keepsake book for family and friends.
View Tribute Book
BROWNRIGG, Denis E. (Red) Capt. CD1 Our beloved Red, age 91, passed away peacefully, surrounded by family on the evening of Monday, October 24th. Born, raised, and schooled in Stellarton, N.S., he was the only son of the late George and Mary (Keay) Brownrigg. He is survived by his best friend and wife of 66 years, Elga (Ellis) Brownrigg, New Glasgow; daughters, Lori MacKay (Victoria BC),and Cori (Bob) Bennett, Stellarton, son Ron (Terry) Brownrigg; sister Jo-Lynn (Herbie) Murray; sister-in-law, Sharron (John) Pellegrino; six grandchildren, Tim (Bianka) Brownrigg, Evan (Hannah) Brownrigg, Claire MacKay, Ellie MacKay, Dustin (Naomi) Bowron, and Miranda (Victoria) Bowron; great-grandchildren, Julian Brownrigg and Avery Bowron. He was predeceased by sisters Betty Krauss, Kathleen MacDonald, and Pat Roma. Red enlisted in the Royal Canadian Air Force in January 1955 and following aircrew training, was commissioned as a Radio/Navigator, retiring in February 1985. He had three flying tours, accumulating close to 6,000 flying hours, tracking Russian submarines over the Atlantic during the Cold War. Following tours in Summerside PEI, Metz, France, Lahr, Germany and Comox, BC, his final tour was CFB Greenwood. The highlight of his military career were the three years he spent as Editor of "The Argus" (now "The Aurora”, CFB Greenwood's weekly newspaper). Red was a member of Branch 28 of the Royal Canadian Legion (Past Executive), Stellarton; 110 Wing, RCAFA (Past V/P), Stellarton; Federal Superannuates National Association; VP International (Kiwi), CFB Greenwood; the Pictou County Military Museum, Westville. Active in sports, he played baseball, hockey, curling, golf and tennis; he also enjoyed a good game of chess, bridge, poker, and cribbage (which he always won) with a Manhattan in hand. Red was the life and soul of the party. As per Red;s wishes, cremation has occurred at his request and there will be no formal visitation; There will be a private gravesite service at Our Lady of Lourdes Catholic Church, Stellarton with internment of ashes at the parish cemetery. There will be a celebration of life at a later date. The family would like to extend special thanks to Dr. Anne Kwasnik, Dr. Kevin Schnare, Dr. Cheryl Smith, the nurses on the palliative care unit and on the 4th and 5th floors at the Aberdeen Hospital. Donations, in lieu of flowers, may be made to the Leukemia/Lymphoma Society of Canada , the Canadian Cancer Society or to the Palliative care Society.

Donations in memory of Denis may be made to Leukemia/Lymphoma Society of Canada ,The Canadian Cancer Society or the Palliative Care Society
Online Memory & Photo Sharing Event
Online Event
About this Event

Look inside to read what others have shared
Family and friends are coming together online to create a special keepsake. Every memory left on the online obituary will be automatically included in this book.
View Tribute Book
Share Your Memory of
Denis
Upload Your Memory View All Memories
Be the first to upload a memory!
Share A Memory
Send Flowers