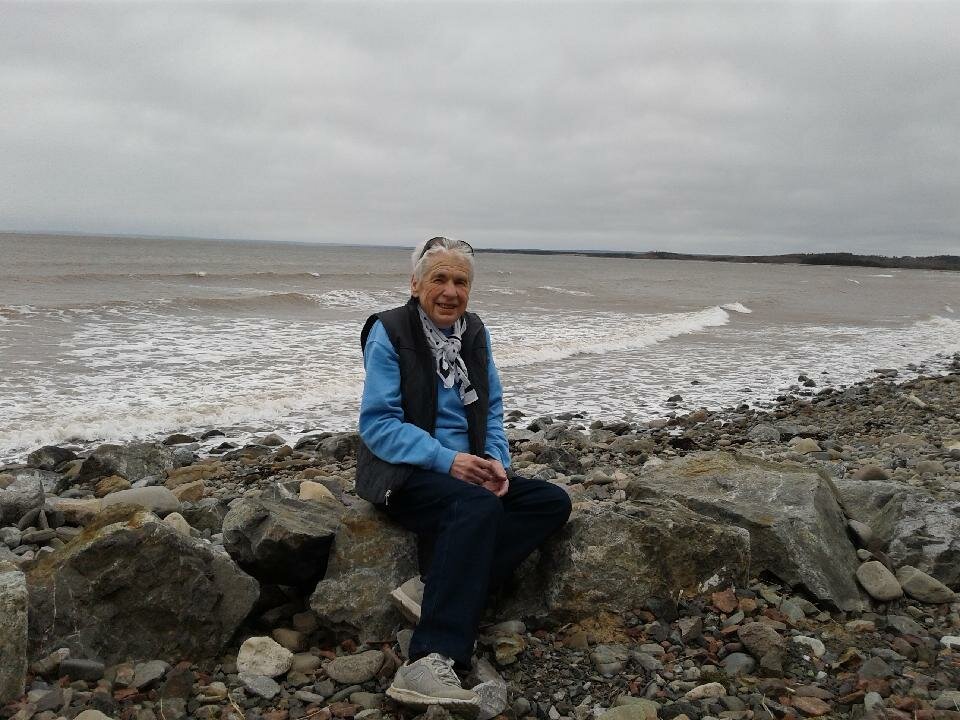 Please share a memory of Pauline to include in a keepsake book for family and friends.
View Tribute Book
Mary Pauline Sutherland of Denver, Nova Scotia passed away on October 4 at the age of 83. Born in Antigonish, Nova Scotia, Pauline was the eldest daughter of the late Frank and Mary Philpott. She grew up in Port Hawkesbury and Sherbrooke and later attended Business College in Ontario. In her early years she worked in administration before leaving the workforce to concentrate full time as a home maker for her growing family while residing in Stewiacke and later in Denver. She later worked several years before her retirement at Sherbrooke Historic Village, where visitors enjoyed her extensive knowledge of the village and the many entertaining stories of her childhood there. Pauline is also fondly remembered by her family and friends for her baking skills and the many wonderful meals she provided for her family and friends. She was active in her community by volunteering in many community organizations and as a member of Kirk Memorial United Church in Aspen. She is survived by her three children, Kent (Holly), Kyle and Kenda and her sister-in-law Sharon Philpott (Kenneth). She is also survived by her six grandchildren Megan, Camden, Drew, Madeline, Sarah, and Cooper, and her two great-grandchildren Elliott and Georgia. She was also predeceased by her husband, Douglas, her brother Kenneth and her sister Judith. Funeral service will be held at 11 a.m. on Saturday at Kirk Memorial United Church, Aspen with Rev. Derek G. Elsworth officiating. Family flowers only. Donations may be made to Kirk Memorial United Church. angusfuneralhomes.com
Saturday
8
October

Look inside to read what others have shared
Family and friends are coming together online to create a special keepsake. Every memory left on the online obituary will be automatically included in this book.
View Tribute Book
Share Your Memory of
Pauline
Upload Your Memory View All Memories
Be the first to upload a memory!
Share A Memory
Send Flowers