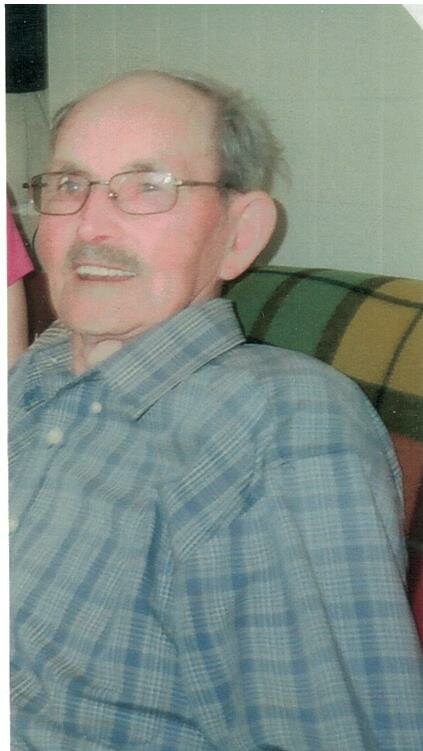 Please share a memory of Clarence to include in a keepsake book for family and friends.
View Tribute Book
Clarence Miller MacDonald – 97 of Churchville passed away September 26, 2022 in the Aberdeen Hospital Palliative Care. A life-long resident of Churchville, he was the son of the late John Alexander and Rebecca (Dunbar) MacDonald. Clarence was a WWII Veteran who served overseas from 1943-1946. A carpenter by trade he worked many years with his friend John Dowell. Besides his parents he was predeceased by his wife Daisy (Cooke), step-son Jerry Brennen, sister Myrtle (MacKenzie), brothers A.D., Sinclair, Curtis and Elton. He is survived by grandchildren Michael Brennan and Carol Ann Brennan, nephew Bill MacDonald, nieces Iris Hayes, Margie Martin and Marita MacDonald, several grandchildren and nieces and nephews. Also cherished friends Ellen MacDonald, Andy and Wendy Ward. There will be no funeral by request. A graveside service will be held at a later date in the Springville Cemetery www.angusfuneralhomes.com.
Online Memory & Photo Sharing Event
Online Event
About this Event

Look inside to read what others have shared
Family and friends are coming together online to create a special keepsake. Every memory left on the online obituary will be automatically included in this book.
View Tribute Book
Share Your Memory of
Clarence
Upload Your Memory View All Memories
Be the first to upload a memory!
Share A Memory
Send Flowers