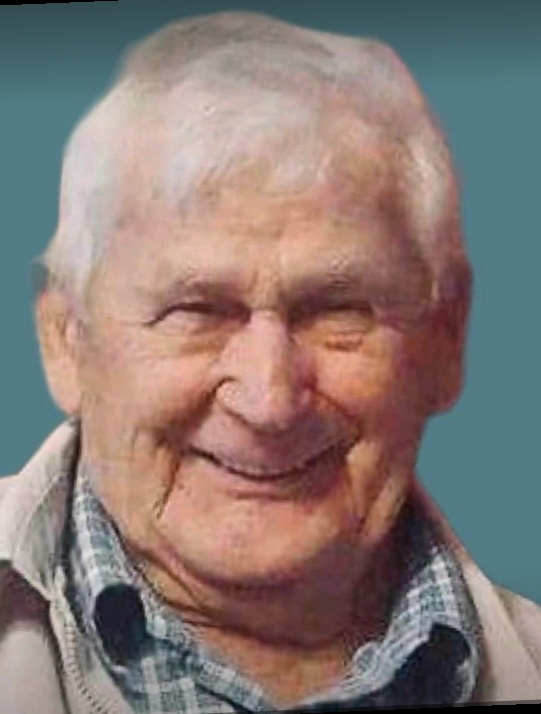 Please share a memory of Norman to include in a keepsake book for family and friends.
View Tribute Book
Norman Evangelist d'Entremont went to his heavenly home on September 22, 2022, 15 days after celebrating his 91st birthday. When Norman was 25, he met the love of his life, Franscina Ward. Together they had 6 children: James Norman (Jamie) who died in infancy, Monique (Berkley) DeCoste, Yvette (Kevin) Warner, Jacqueline (Byron) Rink, Andre (Debbie) d'Entremont and Odette (Paul) Postuma. Also grieving Norm are his son, Jim (Sherry) Nickerson and son-in-law, Dennis Cantley. Norm was predeceased by his son Jamie, parents Augustin and Regina (D'Eon) d 'Entremont, brothers Phillip d'Entremont, Harold d'Entremont, Henri d'Entremont and Charles d'Entremont and sisters Germaine d'Entremont and Phyllis d'Entremont. Sister in law, Marion d'Entremont and brothers-in-law Harley Ward, Bernadin d'Entremont, Lery d'Entremont, Hubert d'Entremont and Melford d'Entremont,. Norm is survived by his wife and children and siblings Lucille (Henry) Deveau, Pauline d'Entremont, Louise d'Entremont, Jean Bernard (Anne) d'Entremont, Marie (Hubert) d'Entremont, Aldric (Anne) d'Entremont. Also surviving are in-laws, Wilma d'Entremont, Eleanora d'Entremont, Clinton (Nicky) Ward, Melvin (Betty) Ward, Rodney (Gloria) Ward and Kendra Ward. Norm is also survived by 10 grandchildren and 3 great grandchildren. Norm was well accustomed to hard work. He began working at a young age on the sea under many fishing captains including his brother, Henri. He was also a pipefitter by trade and a longtime member of UA Local 244. Norm loved to be busy. An avid outdoorsman he loved fishing and hunting. His retirement years were spent surrounded by nature in his home on Loon Lake which Andre built for he and Fran. He especially enjoyed his fishing and hunting trips with his son, sons in law, and grandson. He especially treasured his fishing derbies at Loon Lake and his fishing trips to Thunder Bay. Oh the fish stories he would tell! Norms favorite pastime was playing cards and he was known to be extremely lucky. He never tired of playing cribbage. Norm was exceedingly proud of his family. He enjoyed talking and being with people. Even in his illness he made it a point to regularly keep in touch with family and friends. One of his proudest achievements was when he became a friend of Bill W., a friendship he shared with many others in the subsequent 54 years. A Mass of Christian Burial for Norman will be held at 11am on Monday, October 3, 2022 at St. John the Baptist Catholic Church on High Street, New Glasgow. The family will receive visitors on Sunday, October 2nd from 2 to 4 and 6 to 8 at H.W. Angus Funeral Home, New Glasgow. The family would like to sincerely thank the number of wonderful VON nurses and caregivers and the Palliative Care Department at the Aberdeen Hospital, especially Rachael MacDonald. In lieu of flowers, donations may be made to the Aberdeen Hospital Palliative Care Society or a charity of your choice. angusfuneralhomes.com
Sunday
2
October

Look inside to read what others have shared
Family and friends are coming together online to create a special keepsake. Every memory left on the online obituary will be automatically included in this book.
View Tribute Book
Share Your Memory of
Norman
Upload Your Memory View All Memories
Be the first to upload a memory!
Share A Memory
Send Flowers