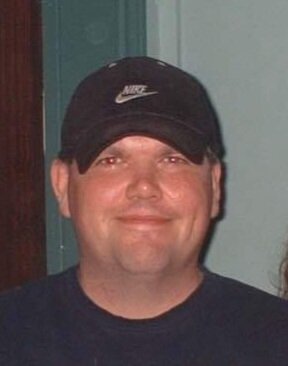 Please share a memory of Rick to include in a keepsake book for family and friends.
View Tribute Book
"Don't cry for me, I am not gone. My soul's at rest, my heart lives on. Light a candle for me to see And hold on to my memory." It is with overwhelming sadness that we announce the sudden passing of Rick Guthro. Rick was born July 2, 1971 in New Glasgow, NS to Barbara and Tim Guthro. He was the youngest of 4 brothers. Rick grew up, attended school and played hockey in Stellarton. As a few people have recently recalled, Rick was a real "Stellarock legend". He was one of a kind and never backed down from a challenge. Rick, like his dad Tim, had a heart as big as all outdoors. He loved his family and friends fiercely and he would be the first to jump to help, protect or stand up for his loved ones. He loved his parents & his brothers immensely and he felt such pride for his nephews and nieces. In earlier years, Rick worked at the Homestretch and other stores as a meat cutter. Later, he enjoyed the buy & sell trade. Rick spent a lot of time tinkering in his shop. Rick will be dearly missed by his mother Barbara, brothers John (Amber), Billy (Heather), David (Amber), chosen brother Harlen (Alanna), girlfriend Stephanie, nieces and nephews Peter (Kelsey), Alicia (Julie), Amanda, Amber (Corey), Ashley (Jeremy), Billy, Jack, Sophie, great nieces and nephews Declan, Denver, Kinsley, Jordyn, Brody, Olivia, Remi and a new great-nephew expected in November, many aunts, uncles, cousins and friends. He was predeceased by his father Tim, grandparents Maisie and Peter Guthro, Mary and Dolph Malloy, uncles Peter, Sonny and Billy, aunt Florence and great-nephew Tucker. Rick has been cremated and a private family gathering will take place at a later date. Memorial donations may be made to the Priestville Cemetery fund. "Say not in grief, 'He is no more' but in thankfulness that he was".
Online Memory & Photo Sharing Event
Online Event
About this Event

Look inside to read what others have shared
Family and friends are coming together online to create a special keepsake. Every memory left on the online obituary will be automatically included in this book.
View Tribute Book
Share Your Memory of
Rick
Upload Your Memory View All Memories
Be the first to upload a memory!
Share A Memory
Send Flowers