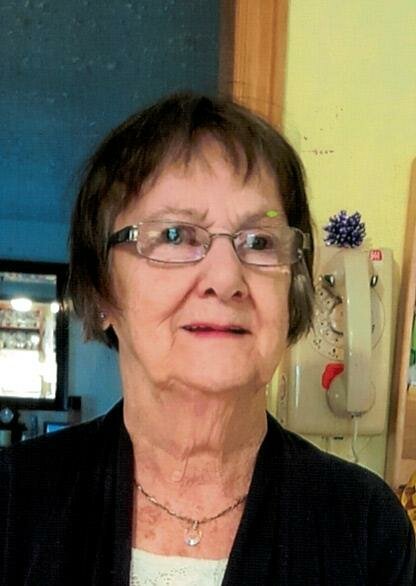 Please share a memory of Maude to include in a keepsake book for family and friends.
View Tribute Book
Maude Catherine (Morrison) Cameron 86 years old of Glen Haven Manor, formally of Coalburn passed away July 29 2022 at Aberdeen Hospital surrounded by family. Born in Westville she was the daughter of late Robert and Latisha (Taylor) Morrison, she was a mother, wife, grandmother and great grandmother and was loved by all. She is survived by son Robert of Thorburn, and daughter Catherine Ann (Allen) of Foster Avenue, grandchildren Robin (JR) Curtis, Laura Keough, Justin (Shara) Cameron, Janet Cameron. Great grandchildren Marcus, Calvin, Aiden, Hunter, Austin, Madelyn, Chloe and chosen daughter Alice Conners. She is also dearly missed by her sister Faye (Jimmy) MacLean and brother Joe, also by her sister-in-law Dolly Morrison all from Union Center and several nieces and nephews. She was predeceased by her loving husband Calvin of 63 years and by sisters Ida Cameron, Florence Cameron, Annie Davis, Jane Kenny, and brothers Willie, Edward and Robert. The family would also like to thank the staff at Glen Haven Manor for their help. The family will receive visitors from 2-4 and7-9 P.M. on Thursday August 4th in the H.W. Angus Funeral Home from where funeral service will be on Friday August 5th at 11 A.M. with Mr. John Reeves officiating. Burial will be in the MacPherson’s Mills Cemetery.
Thursday
4
August

Look inside to read what others have shared
Family and friends are coming together online to create a special keepsake. Every memory left on the online obituary will be automatically included in this book.
View Tribute Book
Share Your Memory of
Maude
Upload Your Memory View All Memories
Be the first to upload a memory!
Share A Memory
Send Flowers