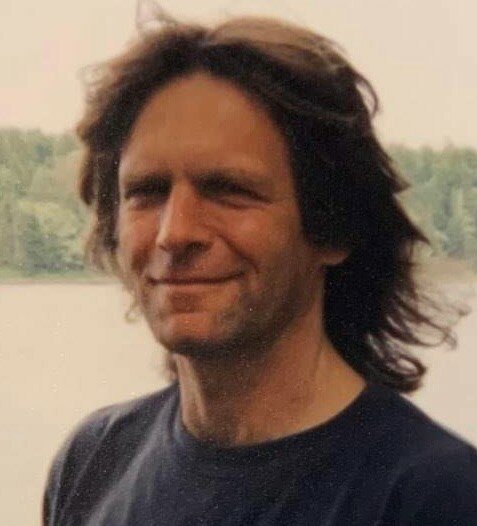 Please share a memory of Douglas to include in a keepsake book for family and friends.
View Tribute Book
Turnbull, Douglas Wayne “Dougie”- It is with great sadness that we announce the sudden passing of Douglas (Dougie) Wayne Turnbull age 63 on Tuesday, July 26th, 2022. He is survived by his daughter, Crystal Tibbo, New Glasgow, NS and sons, Devon, Grand Prairie, Alberta and Travis, Elmsdale, NS and light of his life, grandson Colson. Dougie is also survived by brothers Brian (Rhonda) Dartmouth, Jeffrey (Darlene) New Glasgow, Darren (Denise) Falmouth, and sister Beverly Bond, Trenton, special Aunt, Carol Reid, Greenwood and uncle Robert (Margie) Reid, MacLellan’s Mountain as well as many aunts, uncles, nieces and nephews and great nieces and nephews who loved him very much. Dougie was pre-deceased by parents, Douglas and Doris Turnbull. Paternal grandparents, James and Martha Turnbull and maternal grandparents John and Georgina Reid. Anyone who knew Dougie knew that his love of music ran deep starting at the young age of two when he received his first guitar. His natural musical abilities as a bassist allowed him to travel and perform with many talented musicians. He played in many bands throughout his years…Shady Nook, Salt and Pepper, Charlie Ward Band, Junior and the Majestics, Bob and the Classics, The Paul Morse Band, Dirty Deeds, John Campbell John, Revival, Cuff, Brannigan, Pye Dog, and most recently The Fraser Holmes Trio. His musical endeavours lead to life-long friendships with many in the music community which Dougie truly cherished. When Dougie wasn’t playing music or listening to it, he could be found reading. Dougie was a voracious reader on a wide range of topics and enjoyed sharing everything he knew with anyone who would listen. Dougie enjoyed the simple things in life and was very laid back. He loved his children deeply and was very proud of them. He was particularly overjoyed when he became a ‘Papa’ to Colson. Spending time with his grandson was something he always looked forward to. Dougie was loved by all of his family and friends and he will be greatly missed. Cremation has taken place. The family will receive visitors from 1-3pm Wednesday August 3, 2022 from the H.W. Angus Funeral Home, New Glasgow from where a memorial service will be held at 3pm with Pastor Doug Campbell presiding. Burial of ashes will follow in the Thorburn Cemetery. Donations in memory of Dougie may be made to the Pictou County Food Bank or to a charity of one’s choice. angusfuneralhomes.com
Wednesday
3
August

Look inside to read what others have shared
Family and friends are coming together online to create a special keepsake. Every memory left on the online obituary will be automatically included in this book.
View Tribute Book
Share Your Memory of
Douglas
Upload Your Memory View All Memories
Be the first to upload a memory!
Share A Memory
Send Flowers