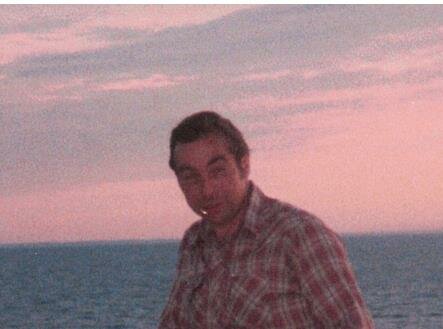 Please share a memory of Raymond to include in a keepsake book for family and friends.
View Tribute Book
Raymond A. Pushie age 72 of Stellarton, passed away at home on Thursday, May 19th, 2022. Raymond was born in Antigonish, September 21st, 1949. Raymond was the son of the late Leslie and Sadie (Feltmate) Pushie. Ray started working at a young age, working his entire life in the woods and forestry industry, before retiring from CF Forest Products. Raymond is survived by his brother Forbes (Claire) Pushie, Stellarton, half-brother Clifford and Keith Brennan; half-sister Francis Casey; close niece Tracey Peralta and nephew Stephen Pushie. He will be missed by his good friends Art Dewtie and Wayne Snell. Raymond was predeceased by his brothers Leonard and Chess Pushie; Roddie Feltmate; sister Eileen Spence, and his fun little buddy Willie. Cremation has taken place; visitation will be held 1-2 pm Thursday, May 26th, at the H. C. MacQuarrie Funeral Chapel, Stellarton followed by a funeral service at 2pm with Rev. Charles McPherson officiating. Donations in memory of Raymond may be made to the SPCA. www.angusfuneralhomes.com
Thursday
26
May

Donations in memory of Raymond may be made to the SPCA.
Online Memory & Photo Sharing Event
Online Event
About this Event

Look inside to read what others have shared
Family and friends are coming together online to create a special keepsake. Every memory left on the online obituary will be automatically included in this book.
View Tribute Book
Share Your Memory of
Raymond
Upload Your Memory View All Memories
Be the first to upload a memory!
Share A Memory
Send Flowers