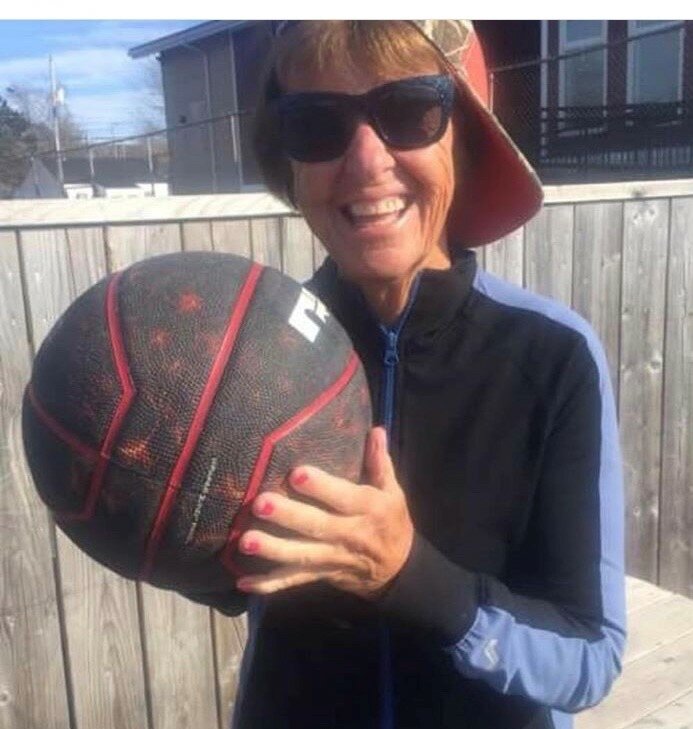 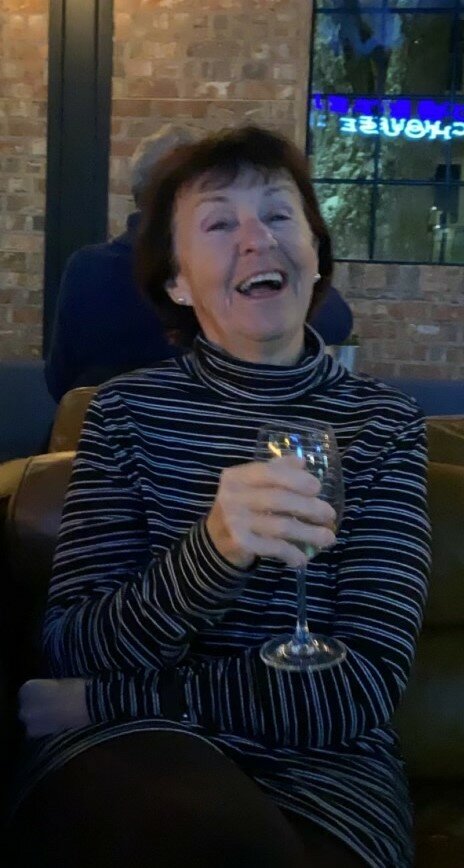 Please share a memory of Diane to include in a keepsake book for family and friends.
View Tribute Book
Diane Mary Breen February 22, 1948- March 1, 2022 Mom was one of 12 children born to Bessie and Russell Breen. Growing up on Albert Street she spent her days playing outside with her siblings and the many neighbourhood children that gathered on the street. She said she was lucky because her brothers always let her play. She claimed to be a fantastic hockey player. Recently when watching the Canadians Women’s Olympic Team play she said she wished that that when she was growing up girls hockey existed because she would have had an opportunity to play at the Olympics. In her 40’s she took up running and participated in many 10k races often winning in her age category. She won a bronze metal at the Nova Scotia 55+ games. In her late 60’s she replaced running with walking and rarely missed a day. She also played in a badminton league, skated and was on a bowling team. Her favourite activity was her weekly card night with “the girls”. She loved inviting us to lunch and would often “forget” her wallet. She loved telling stories, , 20% truth and 80% imagination. If you asked her to tell the same story the next day she would change a few of the facts, just to keep you guessing. She never missed her kids school events and was the loudest fan at Mark’s hockey games. She would even pick Kim and jennifer up at the high school dances in her housecoat. Mom loved knitting, sewing and making beautiful quilts. If anyone needed pants hemmed or a zipper replaced she was happy to help and would not accept payment for anything. Whenever a new baby came along in her large group of family and friends they were always given one of her beautiful knitted sweater sets. She loved gardening, had beautiful flower gardens around her home and was quick to point out if she saw a garden that wasn’t being tended to properly. She had a large group of friends with whom she made many trips to Cuba and the DR. She loved the beach and was at Melmerby any day the sun was out. Her grandchildren were the loves her life. She was very active in their lives and they had a special bond. Playing in Nan’s basement was their favourite activity. They trusted and confided in her. She was always at their activities cheering them on. She said that she felt like an Uber driver because she was always driving the grandchildren somewhere. She is survived by her children Kimberley (Ross), Jennifer (Steve)and Mark ( Nicole), grandchildren Carson, Payton, Luke, Liam, Evan, Ally and Gracie and siblings Vivian, Lawson (Heidi),Richard (Mary), Russell (Susan) , Shirley ( Brad), Judy(Guy), Bernadette (Donnie), Joey (Kathy) and Peter (Barb) and sister in law Susan. She was predeceased by her parents Bessie and Russell Breen, In laws Elliott and Hazel DeWolfe, brothers Kevin and Ronnie, sister Elizabeth and sister in law Shirley Kehoe. Due to covid restrictions there will be no visitation. Donations in her memory can be made to the IWK. Thanks to everyone who reached out to us to share memories of mom. Kim, Jennifer and Mark

Look inside to read what others have shared
Family and friends are coming together online to create a special keepsake. Every memory left on the online obituary will be automatically included in this book.
View Tribute Book
Share Your Memory of
Diane
Upload Your Memory View All Memories
Be the first to upload a memory!
Share A Memory
Send Flowers