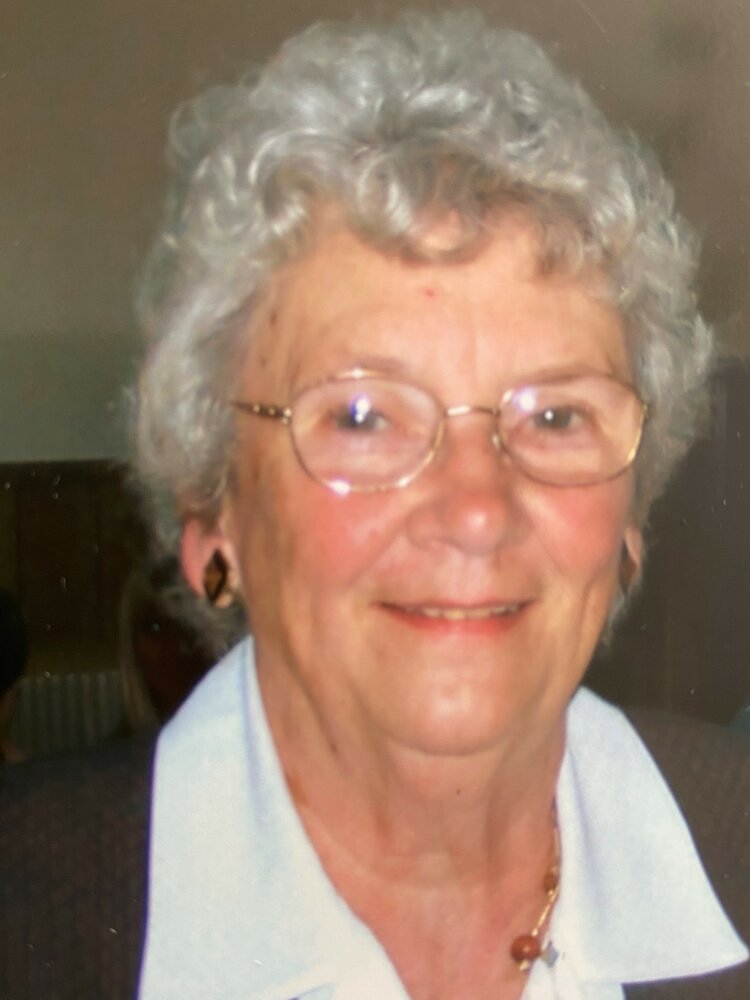 Please share a memory of Barbara to include in a keepsake book for family and friends.
View Tribute Book
CRAWFORD, Barbara Evelyn - It is with sadness and broken hearts that the family of Barbara Evelyn Crawford, age 92 of Abercrombie, announce her peaceful passing on Friday, February 18, 2022, in Aberdeen Hospital, New Glasgow. Born in Stewiacke East, she was the daughter of the late Hugh and Ella Lindsay. After graduating from high school, Barb attended the Old Provincial Normal College in Truro, where she graduated from the business program. Shortly after graduation, Barb was involved in a car crash during a trip to Pictou County one evening. One of the first people on the scene was James “Jim” Crawford and the rest is history. They married on July 23rd, 1949. They settled in Abercrombie, where they spent a full life of 65 years. Barb spent much of her adult life working in retail and service, including at the Keltic Bingo Hall which she enjoyed a great deal. Her favourite pastimes were playing cards, going on long drives and being surrounded by her family and friends. She loved spending her summers in Country Harbour or boating and camping at the cottage in Loch Katrine with Jim, her children, grandchildren, and friends. She was a loving wife, mother, grandmother, great-grandmother, and friend and will be remembered for her kind, quiet, gentle way, often accompanied with a subtle, but keen sense of humour and a twinkle in her eye. Barb is survived by her sons, Karl (Faye), Scotsburn; William (Stephanie), Halliburton; daughters, Valerie (Jeff), Scotsburn; Marsha (Danny), Cape Breton; grandchildren, Kevin, Kris, Derek, Jason, Betty, Ella-Jean, Meghan, Brett, Kelsey, Taylor, Noah and Ella; great-grandchildren, Karleigh, Katryn, Nolan, Marlie, Cody, Logan, Nelly, Milo, Kaiden and Cal; sisters, Leona Murphy and Erma Fraser. Besides her parents and Jim, she was predeceased by her brothers, Doug and Donnie; sister, Marion Chaplin; grandson, Daniel Chisholm; and great-granddaughter, Rebecca Chisholm. A public graveside committal service will be held 2:30pm Saturday June 11, 2022 at the Abercrombie Cemetery with Rev. Jim Webber-Cook presiding. The family would like to sincerely thank the staff of the Shiretown Nursing Home in Pictou and the Palliative Care Unit at the Aberdeen Hospital in New Glasgow. A very special thank you to Dr. Randy Burrill for all his years of care and concern for our mother. In lieu of flowers donations in memory of Barbara may be made to the Palliative Care Society. angusfuneralhomes.com
Online Memory & Photo Sharing Event
Online Event
About this Event

Look inside to read what others have shared
Family and friends are coming together online to create a special keepsake. Every memory left on the online obituary will be automatically included in this book.
View Tribute Book
Share Your Memory of
Barbara
Upload Your Memory View All Memories
Be the first to upload a memory!
Share A Memory
Send Flowers