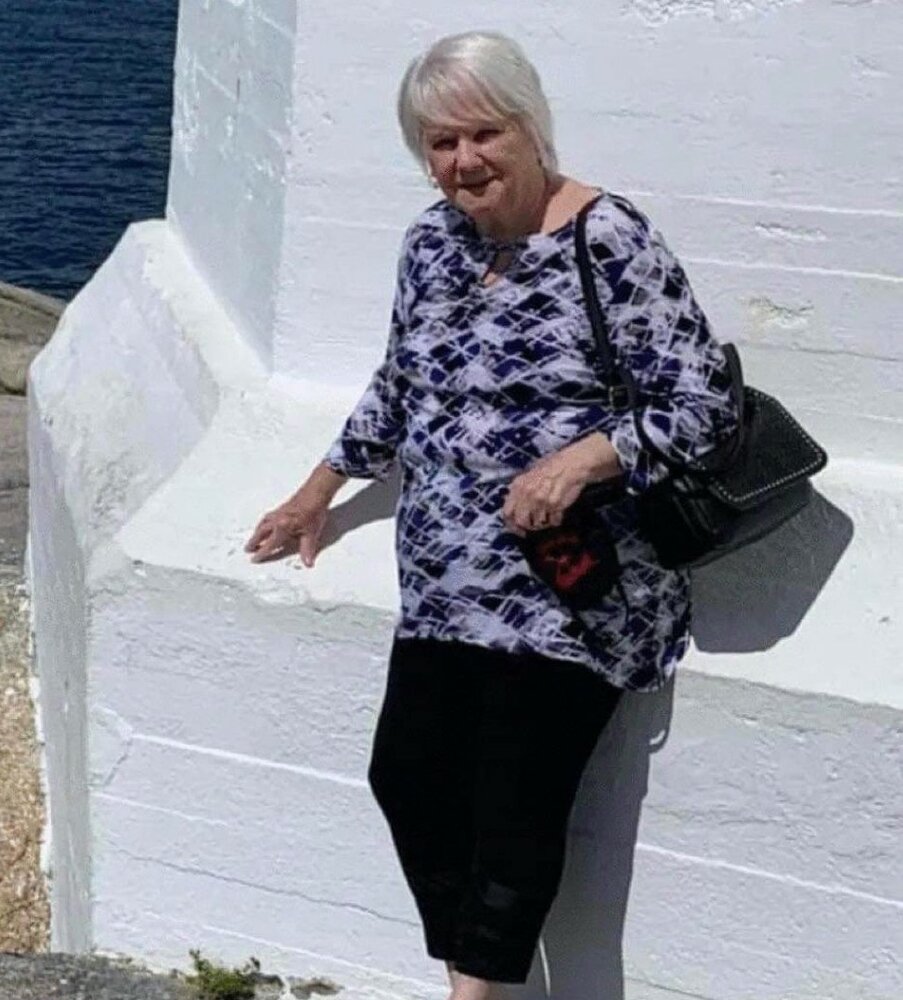 Please share a memory of Ann to include in a keepsake book for family and friends.
View Tribute Book
STELLARTON Elizabeth Ann Lennon, age 81, of Maple Avenue in Stellarton passed away peacefully at home on January 29th, 2022 surrounded by her family after a courageous battle with Cancer. Born in New Glasgow, she was the daughter of the late George and Marie (MacDonald) Ryan. Ann spent her childhood in the town of Westville before moving to Stellarton and settling on Foster Avenue just down over the hill. Ann later moved to Maple Avenue, where she resided with her grandson Gordon Lennon and his dog Dax. Ann’s greatest blessings in her life were her children. Ann dedicated her life to raising her children and helping her children raise their own. She was so proud to be a Mother, Grandmother and Great Grandmother. Ann survived by her daughters; Roberta MacKay (Scotsburn), Marilyn (Vernon) Theriault (New Glasgow), Carol (Robert) Pentz (Stellarton) and sons; Johnny (Shelley Campbell) Lennon (Stellarton) and Tommy (Ruth Fraser) Lennon (Westville). Eleven grandchildren; David, Holly, Aaron, Jamie, Lindsey, Ginny, Jay, Brandon, Bradley, Brittany and Gordon. Six great grandchildren; Tori, Kylie, Daniel, Tekenna, Ethan, Kaitlyn, Carter and one more on the way. Ann also survived by sisters Reta Paddon, Kathleen “Kit” Betts, Mary Ann Corning, Josephine “Josie” Forshner and Eleanor Halliday. Brothers; John (Diane), Alex (Karen) and Michael (Connie) Ryan. Ann was predeceased by her husband Robert Thomas Lennon, her youngest daughter Angela Dawn Lennon and siblings Ella Mae Brightman, Hugh Ryan, Archie Ryan, Jesse Burke and also four brothers and sisters in infancy. The family would like to extend a heartfelt thank you to the VON, Aberdeen Palliative Outpatient program and the Nurses and Doctors at the Aberdeen Hospital as well as the Dickson Cancer Centre. Special mention to nurses Theresa and Carla whom Ann adored. If desired, donations in Ann’s memory can be made to the Aberdeen Palliative Care Society. “When the night has been too lonely And the road has been too long And you think that love is only For the lucky and the strong Just remember in the winter Far beneath the bitter snows Lies the seed that with the sun's love In the spring becomes the rose”

Look inside to read what others have shared
Family and friends are coming together online to create a special keepsake. Every memory left on the online obituary will be automatically included in this book.
View Tribute Book
Share Your Memory of
Ann
Upload Your Memory View All Memories
Be the first to upload a memory!
Share A Memory
Send Flowers