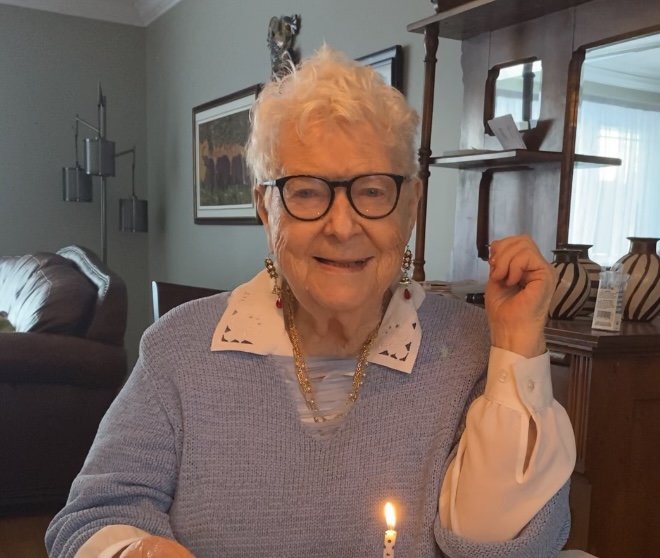 Please share a memory of Joan to include in a keepsake book for family and friends.
View Tribute Book
Joan T. Fraser passed away suddenly on April 30, 2021 at home. Born in New Glasgow, she was the daughter of the late Isabel and Joseph MacInnis. She is survived by sons Robert (Debbie) Porter’s Lake, Eric (Jane) New Glasgow and Paul (Angie) Fall River. 7 grandchildren — Katarina, Ryland (Haley), Megan (Nathan), Erin (Skyler), Logan (Rebeka), Roman and Caleb and 1 great granddaughter Mila. She was predeceased by her husband Robert Fraser and sisters Anna MacPherson, Bernadette Fraser, Camilla Cantley, brother Michael and grand son-in-law Skyler Blackie. Joan, or Grammy as she was affectionally known by more than just her grandchildren loved a party or social gathering of any kind. Christmas was always a special time for Grammy. She began procuring heaps of gifts for everyone she’d ever met in about July and would spend the rest of the year working on getting them wrapped and delivered to their lucky recipients. Her eccentric “Grammy gifts” will be dearly missed by all who were fortunate enough to have received them. Grammy will forever be fondly remembered for her good nature, her love of family, her endless amounts of jewellery, her closets full of “wild” clothing and her love of sweets. She had the ability to radiate positivity every single day of her life, regardless of the situation, love everyone she ever met, and make people laugh with her many "Grammy-isms". Grammy only left the house dressed to the nines with coordinating jewellery and outfits. She was a beautiful soul inside and out and will be dearly missed by everyone. Cremation has taken place. A Celebration of Joan’s life and burial will take place at a later date. Donations in memory of Joan may be made to the IWK Children’s Hospital, Halifax. angusfuneralhomes.com
Online Memory & Photo Sharing Event
Online Event
About this Event

Look inside to read what others have shared
Family and friends are coming together online to create a special keepsake. Every memory left on the online obituary will be automatically included in this book.
View Tribute Book
Share Your Memory of
Joan
Upload Your Memory View All Memories
Be the first to upload a memory!
Share A Memory
Send Flowers