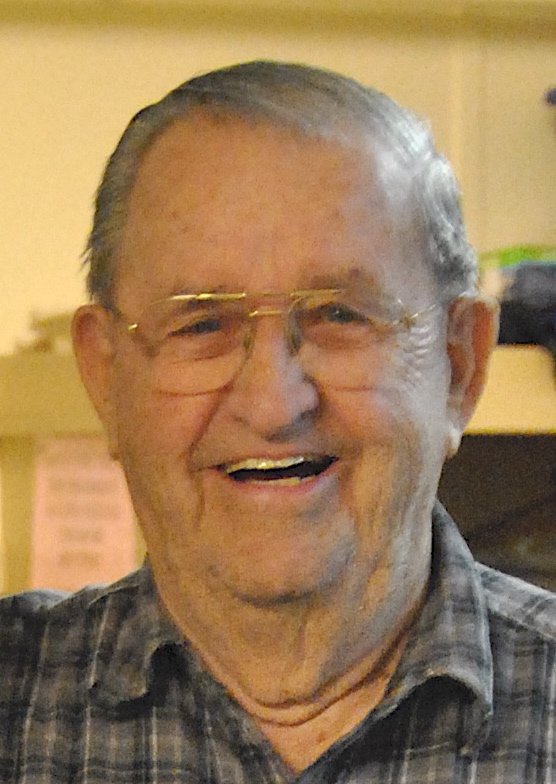 Please share a memory of Ralph to include in a keepsake book for family and friends.
View Tribute Book
Ralph Glenen Stellarton Ralph Alexander Earl Glenen was a tinker, a basement carpenter, a rough plumber, an armchair draftsman. He never met a piece of scrap wood that he could not turn into a coffee table or TV stand, doll house or miniature lighthouse. Born July 27, 1927, he grew up in Montreal with a little less than nothing. When he left there with his wife, Faye Doris Canton, of Amherst, and two young sons to settle down in her hometown, he realized in order to have something, he would have to make it, repair it, imagine it. His home was his castle and canvas, in which he would reshape the walls, cupboards, rooms to fit the needs of his growing family. And when that shape was no longer useful, he would tear down and rebuild. He was a travelling salesman for the former Dunlap Brothers Hardware in Amherst who never liked to travel. What he did enjoy were the hammers and saws, nuts and bolts, and other assorted items he would collect to help shape his home projects. After his retirement, he moved to Stellarton in 1995 with his wife and started again reshaping a new home for just the two of them and the many grandkids and relatives who would come to visit. Ralph was the type of man who would tackle any household project, first out of necessity and then out of joy. When you can’t afford a plumber, electrician or carpenter, you learn what you need to do to keep things going and Ralph learned a lot. As his family grew from two sons to three and those sons had families, Ralph turned those skills to creating dollhouses, bookshelves shaped like gymnasts and four-car toy garages. And when a grandchild came into his ‘inner sanctum’ – a small room with two loungers and the TV that was playing black and white movies or some pro sporting event featuring a Montreal team – with a new idea, he would smile, say he would see, and then sketch out a design on a graph paper pad next to his chair. But Ralph was more than a self-taught handyman. He was a grandfather and uncle to all. No matter who you were, if you walked into his life, you walked into safety and comfort. Blood never defined family to him. He was an endless consumer of current affairs, reading the newspapers every day and catching up on events at night. A religious man, he could be found each morning at the kitchen table, his Bible flipped open to a verse. And while he believed in God, it was one for all religions. He understood the value of education and while the closest he came to a higher education was using the bathroom at McGill, he managed to get his kids through university – never influencing their interest, just their commitment to following it through. He exemplified honour and integrity. A debt was never something to scoff at or ignore. What you owed, you paid, no matter how long it took. A person, no matter how they treated him, was always treated with respect. And he worked hard, an ethic he tried to instill in his sons. ‘A job worth doing’ he would say, “is one worth doing right.’ That message would topple many wood piles to be stacked again – the right way. For Ralph, the golden rule of being a man wasn’t in taking the lead or being in control. It was in building a safe and strong support from which his family could grow. Being a man was holding a door for others, giving up your seat, catching someone as they fell and never judging or looking for any reward. It was all about being a good person, a message he pushed for the years he taught and ran Sunday schools, coached hockey or just teaching his sons. For 93 years, Ralph followed these values. In the early morning hours of April 12, 2021 – only about a month in his new home at Glen Haven Manor – and with no more projects to build or things to fix, he fell asleep a final time. The last surviving member of his immediate family, Ralph leaves behind the love of his life and wife of 68 years, Faye, New Glasgow, sons Doug (Jane), Granville Beach, Jim (Deb), Lorneville, and Dave (Andrea), Stellarton; grandchildren Matthew, Adam and Jeffrey; Paige and Alex; Jill, Ben, Rebecca, Josh, Zack, Noah, Josie and Abby; and great-grandchildren Alice and Holly, Lydia, Henry, Kaeleigh and Kloe, and Lilly and Max. He is also survived by granddogs Ollie, Harlow, Sentosa and Frannie of whom he loved to have them visit. His funeral will be family only due to COVID restrictions and held at Angus Funeral Home in New Glasgow on April 16 at 11 a.m. with interment in Christ Church cemetery in Stellarton. Donations can be made to the IWK or the Northumberland Veterans Wing in Pictou. In lieu of donations, an open door, a nod to say ‘hello’ and a friendly smile and greeting to a stranger would be greatly appreciated. www.angusfuneralhomes.com

Due to Covid Restrictions the service will be family only but will be live streamed on the H.W. Angus Funeral Facebook Page at 11 am on Friday April 16, 2021.

Donations may be made to the I.W.K. iwkfoundation.org or the Northumberland Veterans Wing P.O. Box 1059, Pictou, NS B0K 1H0.
Online Memory & Photo Sharing Event
Online Event
About this Event

Look inside to read what others have shared
Family and friends are coming together online to create a special keepsake. Every memory left on the online obituary will be automatically included in this book.
View Tribute Book
Share Your Memory of
Ralph
Upload Your Memory View All Memories
Be the first to upload a memory!
Share A Memory
Send Flowers