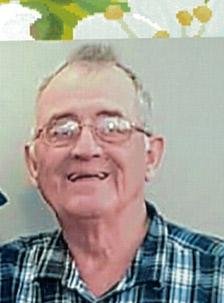 Born in Pope’s harbor he was a son of the late Adrian and Edith(Wellwood)Cameron.

Glenn was a resident of Churchville for the past 51 years.  He was a member of St. George’s Anglican Church, New Glasgow.

In his younger years he was employed as a Woodsman having worked with his father at the family business. He later went on to work for L.E. Shaw Brick where he worked for a number of years.  For over 40 years he was employed locally with Superior Propane.  Upon retiring from Superior Propane, he went on to drive a school bus and work part time with MacGillivray Fuels in New Glasgow.

Glenn enjoyed his many visits to Tim Hortons, where he could be seen often by his many friends.  He enjoyed playing pool in the local Pictou County Billiard’s Association, where he played with his team the “Old Dawgs”.  He enjoyed wood carving, having done many, as well as attending antique car shows, having been very proud of his 1978 Ford Bronco.

Glenn was also a member of AA for some 48 years.

He was predeceased by a brother Elmer Cameron and a sister Marie Weeks.

His remains will rest in the H.W. Angus Funeral Home, New Glasgow for visiting from 2-4 and 7-9pm Thursday.  Funeral Services will be held 11am Friday from St. George’s Anglican Church, New Glasgow with Rev. Falen McNulty presiding.  A reception will follow the service in the church hall.  Burial will take place at Heatherdale Memorial Gardens.

Donations in memory of Glenn may be made to the Canadian Diabetes Association or to the Nova Scotia Heart and Stroke Foundation.

To send flowers to the family or plant a tree in memory of Glenn Cameron, please visit Tribute Store
Thursday
14
November

A reception will follow the funeral services in the church hall.
Share Your Memory of
Glenn
Upload Your Memory View All Memories
Be the first to upload a memory!
Share A Memory
Send Flowers