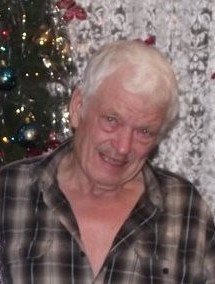 Born in New Glasgow, he was the son of the late Stanley and Elizabeth (Jack) Livingstone. He was the beloved partner of the late Margaret Prosper.

Eldridge lived most of his life in Pictou Landing First Nation.

During his working life, Eldridge worked many years at a tire factory in Westville and 30 years as a taxi driver for Metro Mid Town/ Central Taxi, New Glasgow. He enjoyed mechanically fixing cars and spending time with his family.

His remains will rest in Our Lady of Perpetual Help Roman Catholic Church, Pictou Landing First Nation for visitation after 7:00 P.M on Monday, September 30th, 2019.

Burial will be in Our Lady of Perpetual Help Cemetery.

On behalf of Eldridge's family, we would like to thank the Glen Haven Manor for their comfort and support for Eldridge and his family while he was there.

Donations in memory of Eldridge may be made to The Kidney Foundation of Canada or to a charity of one’s choice.

To send flowers to the family or plant a tree in memory of Eldridge Livingstone, please visit Tribute Store
Monday
30
September

Donations in memory of Eldridge May be made to the Kidney Foundation of Canada or a charity of your choice.
Share Your Memory of
Eldridge
Upload Your Memory View All Memories
Be the first to upload a memory!
Share A Memory
Send Flowers