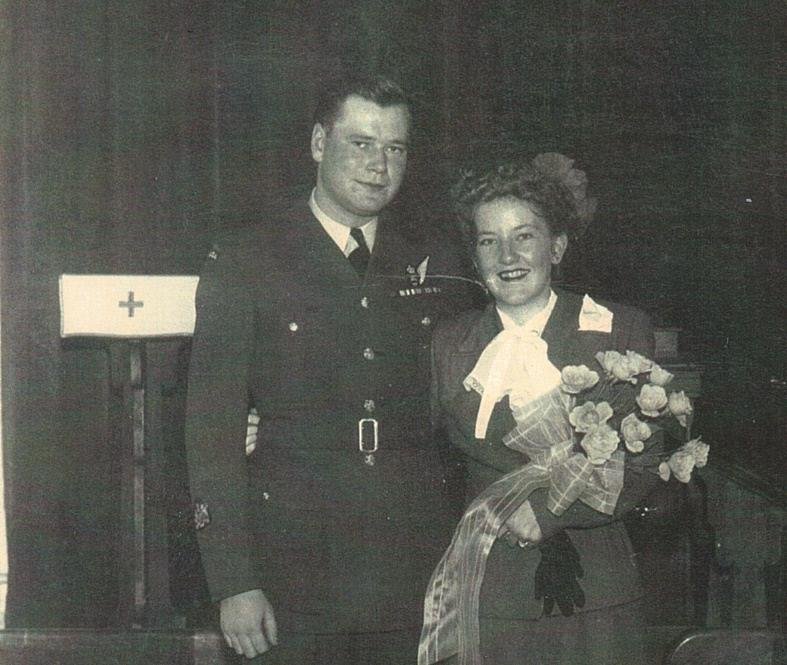 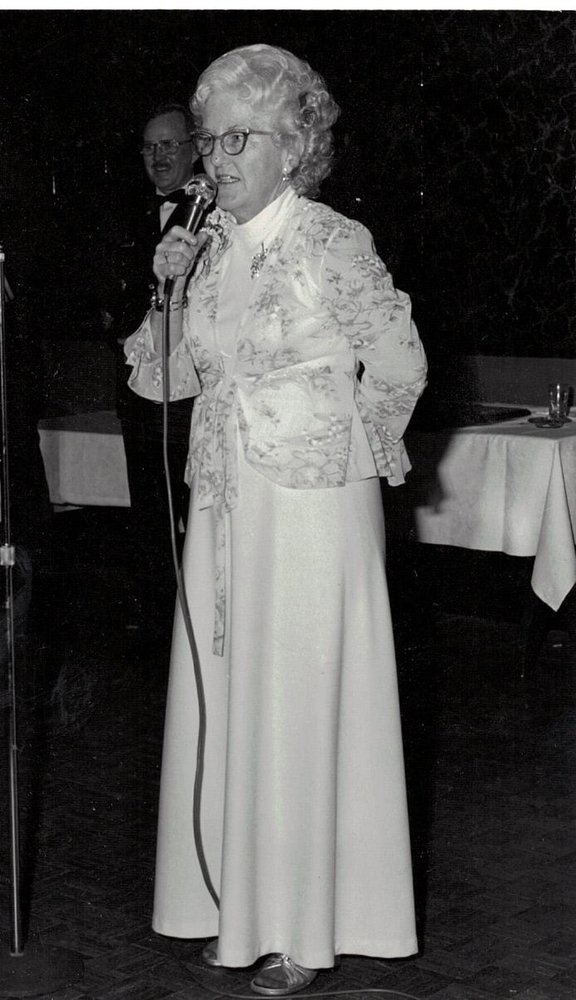 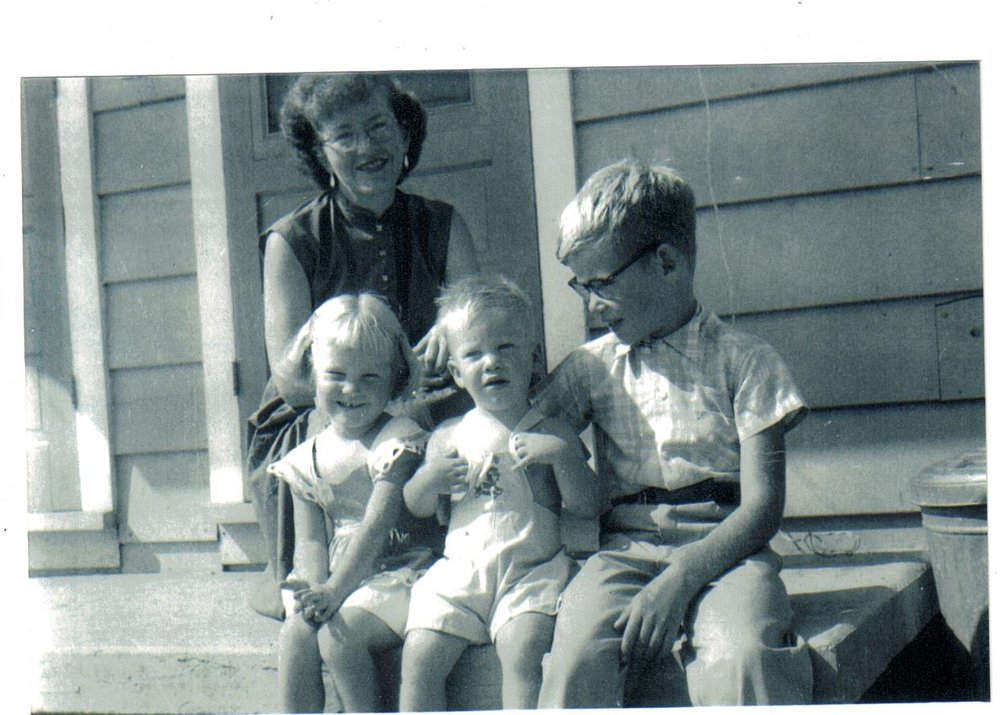 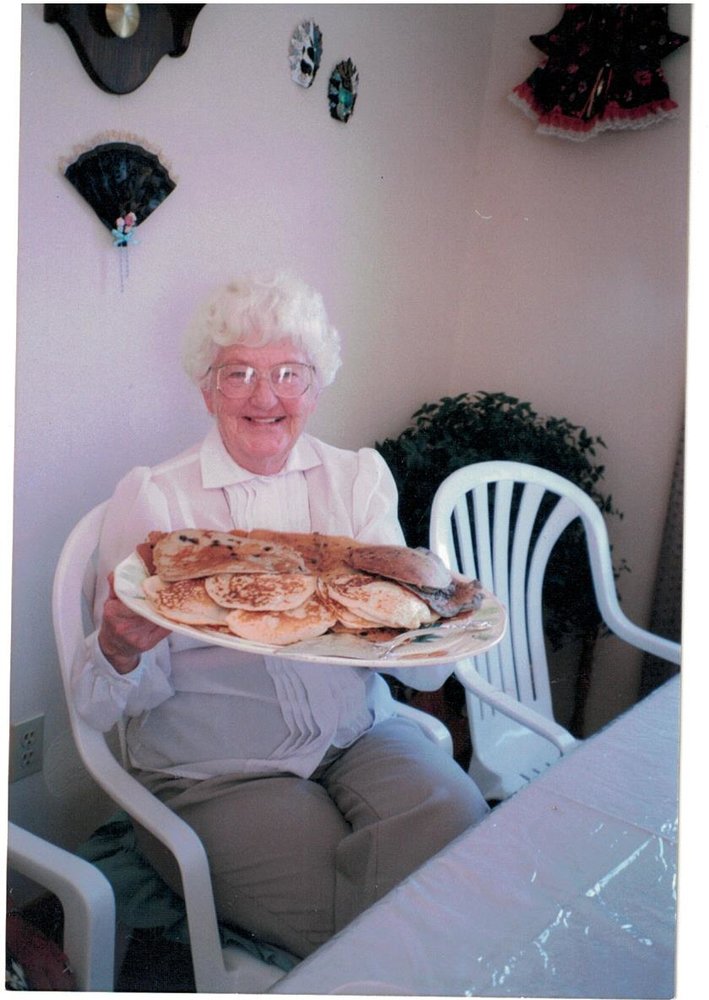 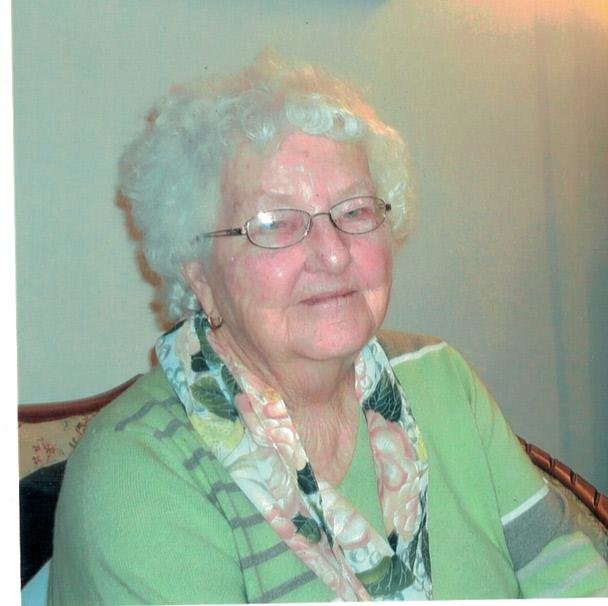 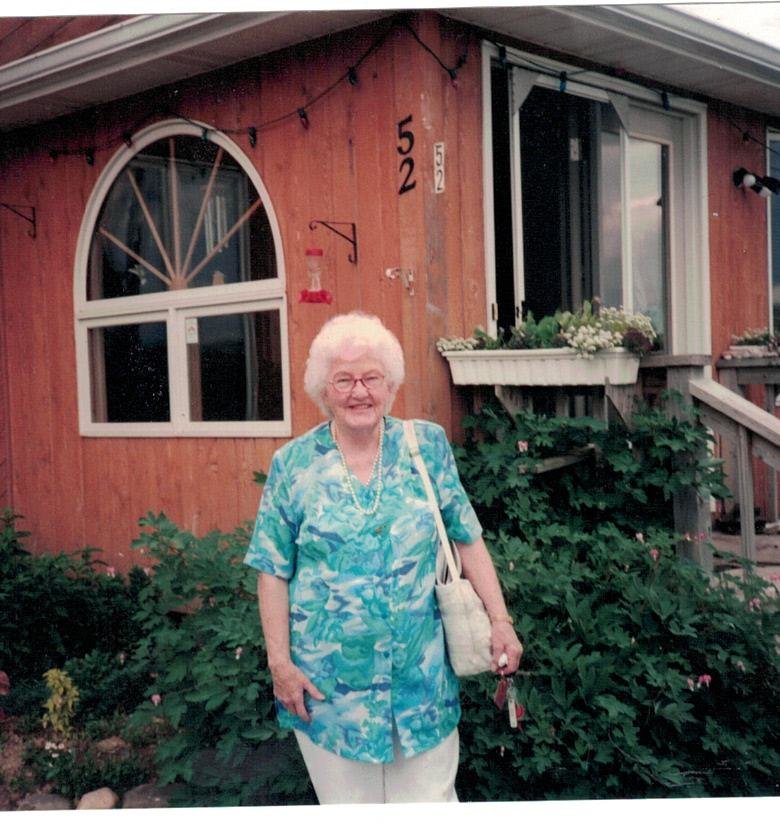 Matthews (Gunn), Maudie Mae, 97 of Denver Guysborough Co, Nova Scotia, passed away peacefully on Tuesday July 23, 2019 in St Martha’s Hospital, Antigonish with loving family by her side. Born in Whorland, Wyoming on December 26, 1921, she was a daughter of the late Harry Arthur and Maude May (Espey) Gunn. As a young child, Maudie and her family moved from California to her Grandfather’s family home in Denver Nova Scotia. At 21, Maudie joined the RCAF and served during the Second World War from 1942-1945. In November 1945, Sgt. Maudie Gunn married LAC Donald John (Jack) Matthews. Together they raised three children moving back and forth between seven provinces and one territory until Jack retired from the RCAF in Grand Centre, Alberta. There she started a Ceramic business, successfully selling her art at Craft Fairs. At 70, after the passing of her husband Jack, Maudie moved “home” to Denver Nova Scotia purchased the old family homestead and supervised the building of her new home.  Maudie was an active and energetic woman who curled, bowled, gardened, sewed, crafted, played bridge, crib, 45’s and at 96 received recognition as the oldest participant of Guysborough Co. Older Adult Games. She was a collector of stamps, coins, plates, spoons, and old family photos. She journaled, wrote poems and speeches. She was our family historian with an excellent memory for events and dates. She loved her diaries, crosswords and telling stories of the “olden days”. Maudie was a strong believer in the value of being an active volunteer in her church and community. She was a Brownie Leader and Girl Guide Commissionaire and a member of; the Sherbrooke Branch of the Royal Canadian Legion, Kirk Memorial United Church and UCW, East River St. Mary’s Fire Department Auxiliary, Gunn Clan of Nova Scotia, Women’s Institute of Nova Scotia and a founding member of Greenfield Seniors Club. As a veteran, she annually delivered a strong message on the merits of being kind and a good citizen to the students of St. Mary’s Education Centre/Academy during their Remembrance Day Assembly. Maudie received Volunteer Recognitions from Women’s Institute Branch of Newton-Denver; Provincial Volunteer Week (1996 & 2000) and at the young age of 89, Volunteer of the Year! (2011) Maudie is survived by her three children, Donald (Sharon) Matthews, North Sydney; Cheryll (Desmond Price) Matthews, North Vancouver, and Glen Matthews, Denver; Grandchildren, Jesse and Sam Price, North Vancouver; Lisa (Shane) Tobin, Sydney Mines; Georgie Matthews; North Sydney and Michael (Melanie) Matthews, St. Margaret’s Bay and four Great-Grandchildren, Harley and Cruz, Sydney Mines and Jaslyn and Abbie, North Sydney and beloved nieces, nephews, cousins and friends. Maudie was predeceased by her husband, Jack Matthews; sisters Margaret Schrader, Mary Maitland; brothers, Harvey, Bill, Espey, Harry and companion Raymond Smith. She was the last surviving member of her immediate family. A very special thank you is extended to all the staff at St. Martha’s Hospital, (GARU) and St. Mary’s Hospital, for their superior care, kindness and compassion shown towards our Mother and her family during the last months of her life. She will be remembered and respected for her; leadership, humor, work ethic, acceptance of all, intelligence and wiliness to learn and for providing enduring memories for her immediate and extended family! Cremation has taken place under the care of H.W. Angus Funeral Home. Visitation will be on August 9th from 6-8pm and the memorial service on August 10th at 1:00pm at the Kirk Memorial United Church with Rev. Derek Elsworth officiating. Burial will be in the family Pine Tree Cemetery. Family flowers only please. Memorial donations can be made to Kirk Memorial United Church, Pine Tree Cemetery Fund or a charity of your choice. Online condolences at  www.angusfuneralhomes.com

To send flowers to the family or plant a tree in memory of Maudie Matthews, please visit Tribute Store
Friday
9
August