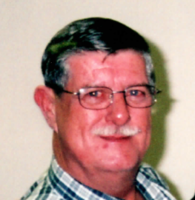 Roy (Butch) Douglas Jessop It is with great sadness, that the family of Roy Jessop, Thorburn, NS. Announces his passing. Born on April 19th, 1947, he was a son of the late Aubrey Jessop and the late Jean E. (Lake)(Jessop) Brown, and a stepson to the late John L. Brown. He went to vocational school, now known as NSCC Kingstec Campus, where he graduated from the welding course. Shortly thereafter, he moved to Trenton, Pictou Co., to work for the Trenton Steelworks Company (retired early 2000’s) where he met his wife Monica and had two sons Henry and Francis. In his younger years he had many hobbies. One in particular was a keen interest in CB radios. Many an evening was spent listening to his CB, talking to his CB friends and strumming his guitar. He also enjoyed hunting and fishing, as well as four wheeling. Later, he became treasurer of the ATV club he belonged to, The Pictou County ATV Club. He loved motorcycles, and in his later years, took an interest in antique cars. Roy is survived by two sons, Henry (Frances) Jessop - New Glasgow, and Francis (Christine) Jessop - Halifax, two step-daughters Mary Carrigan – New Glasgow and Melissa Carrigan – Telford, grandchildren Crystal and Devon O’Hara and Maddison Carrigan. A brother Hollis (Margaret) Lake - Wolfville, a sister, Ruth (Garnet) Selby - Avonport, nephews Steven and Greg Lake, nieces Cherie and Michelle Selby, a brother in law Derrick Murphy, recent companion Shirley Jeans. Besides his parents, he was predeceased by his first wife Monica Marie (Murphy) Jessop, and his second wife Donna (Burns) (Carrigan) Jessop. Donations in memory can be made to the Canadian Cancer Society or the Heart and Stroke Foundation. Family flowers only, by request. Funeral arrangements have been entrusted to the H. W. Angus Funeral Home, King Street, New Glasgow. Cremation and burial service to take place at a later date.